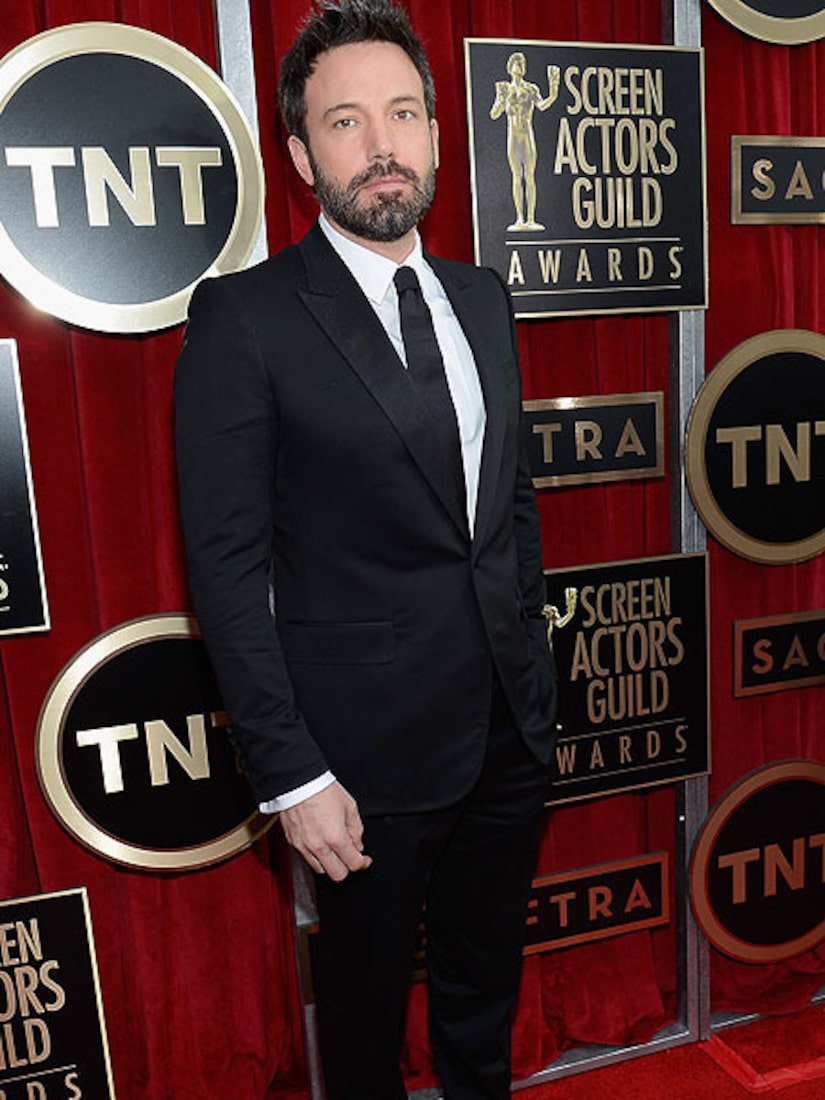 Before his film “Argo" was honored with the SAG Award for Outstanding Performance by a Cast in a Motion Picture, Affleck was given the “Modern Master” Award at the Santa Barbara International Film Festival on Saturday. “Extra’s” Renee Bargh was there and spoke with the man of the hour.

Bargh congratulated him on his Golden Globe win, and told Ben his ex, Jennifer Lopez, was excited for him. Affleck replied,  “She's a good person. It's always nice to see her and that's very nice of her to say."

Ben’s BFF Matt Damon presented him with his SBIFF award and called him a great director. Ben also had kind words for Matt on his “Jimmy Kimmel Live!” takeover. Affleck said, “I thought Matt did an incredible job. Honestly, he could put Jimmy out of business.”

As for “Argo” producer George Clooney joking that Affleck works for cheap, the director smiled, “I'm going try to stay cheap enough to keep working with George and those guys because they really make cool movies.”