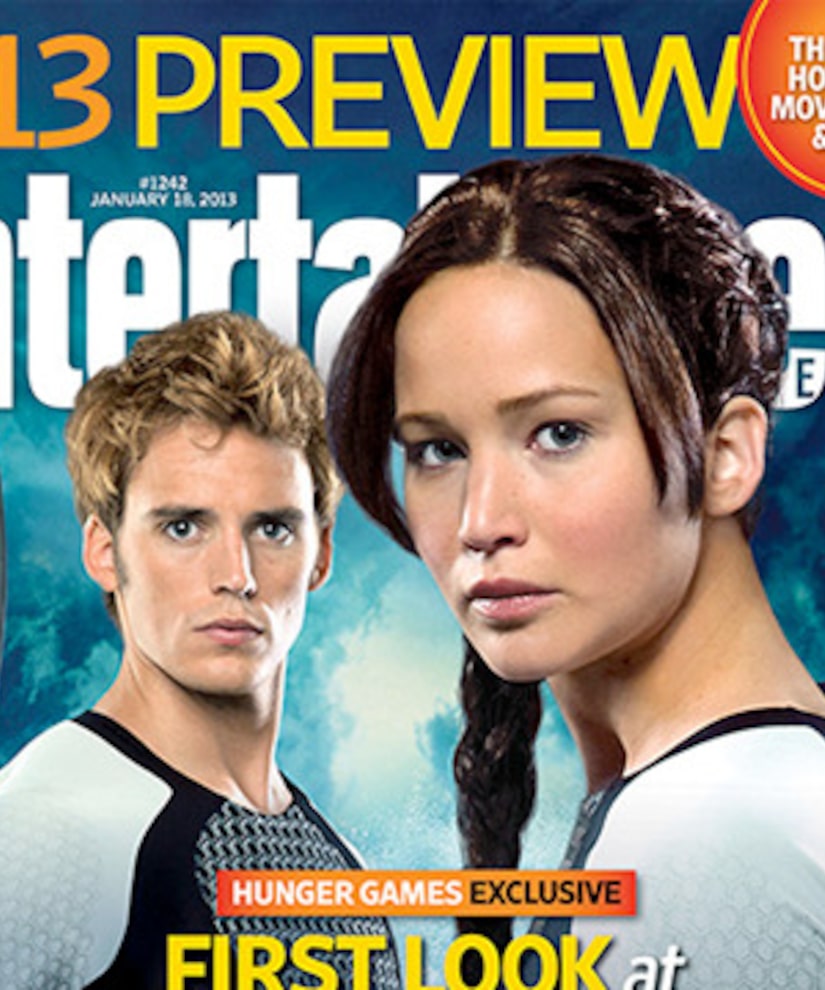 In the movie, based on a novel by Suzanne Collins, the Hunger Games champs from previous years are forced back into the arena as part of a special 75th anniversary edition of the competition called the Quarter Quell. One thing remains the same… it's still a fight to the death.

The duo's aquatic-style costumes give part of the premise away… there will be water involved.

Claflin admitted to EW that he's stressed about playing the District 4 hottie. “I'm on Twitter and so many people have been like, 'Don't mess this up, or we will kill you.'”

Lawrence, on the other hand, is taking it in stride, but she does get herself in trouble. “It's almost like I subconsciously don't want to work anymore so I'm trying to ruin my career,” she said lightly, before leaning in and joking, “I'm pregnant!”

Jennifer added, “I'm so aware of all the BS that surrounds Hollywood and how everyone gets on this high horse and thinks that they're curing cancer and it makes me so uncomfortable every time I see it.

The new issue of Entertainment Weekly hits newsstands on Jan. 11.