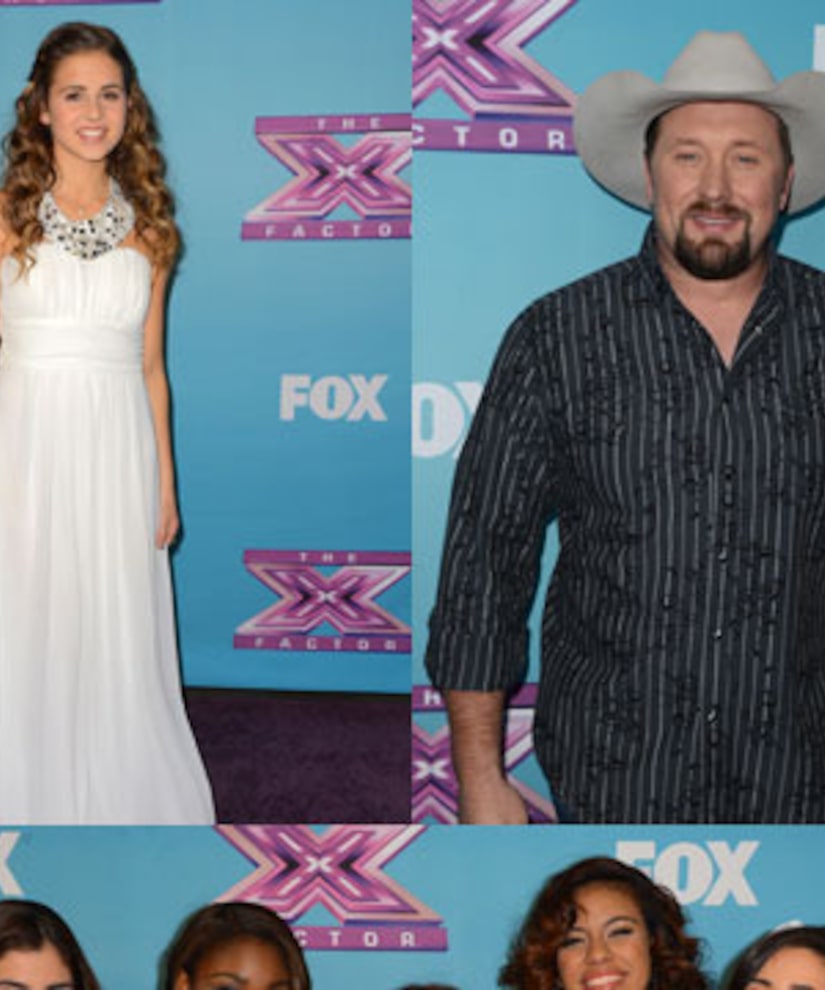 "The X Factor" launched its two-night season finale with a tribute to the Sandy Hook Victims, before a series of powerful renditions and diva duets.

Thirteen-year-old Carly Rose Soneclar belted out Leonard Cohen's "Hallelujah" followed by a duet with LeAnn Rimes of her hit song, "How Do I Live." Backstage, Simon Cowell called the performance "unusual," but Soneclar's mentor, Britney Spears, thought it was a winning performance. "Oh yeah! We got it in the bag. Totally!"

Last, but not least, Simon's girl group, Fifth Harmony, sang their hearts out to "Let It Be" and "Give Your Heart a Break," with a guest appearance by judge Demi Lovato. Reid called the joining of mentor and contestant "a wonderful moment."