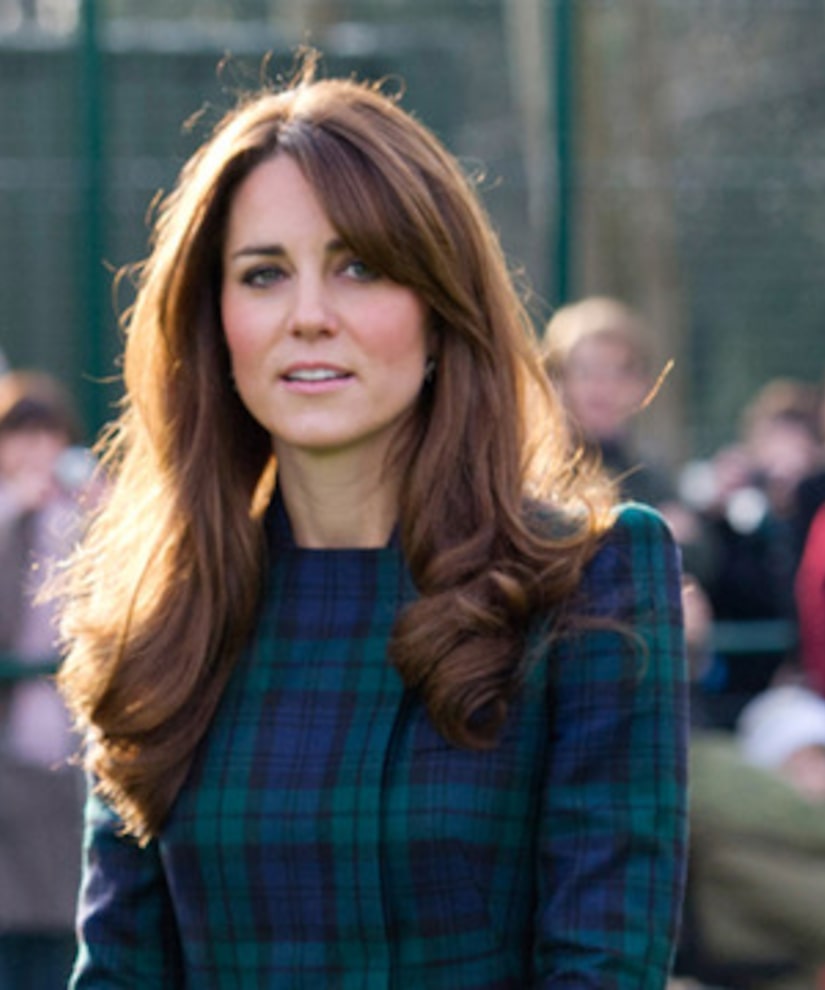 Dr. Nancy Cossler, an OB/GYN at University Hospitals in Ohio, told ABC News that hyperemesis grayidarum is thought to come on because of extra human chorionic gonadotropin (hCG) in the system, which is slightly more common when a mother is carrying twins.

Cossler assured that the illness does not pose a threat to the baby (or babies), but makes life miserable for the mother. "The biggest problem with this is how it interferes with your life. Constantly feeling sick and puking is difficult."

Fueling the twin theory is the fact that they run in Kate's family. The Daily Beast reports that her paternal grandmother had a twin sister and Kate's father, Michael, had twin great-aunts on the Middleton side.

Bearing two heirs at once could also cause some trouble when it comes to the line of succession. According to the Beast, the first child born – even by minutes – would be next in line to the throne.

Crown Princess Mary of Denmark faced that very scenario last year when she was pregnant with fraternal twins. Some even speculated that she would have to undergo a caesarian section, which would put the fate of the lineage in the hands of the doctor.

Eventually, she gave birth to the babies without surgery. Prince Vincent, the new heir, arrived 25 minutes before sister Princess Josephine.