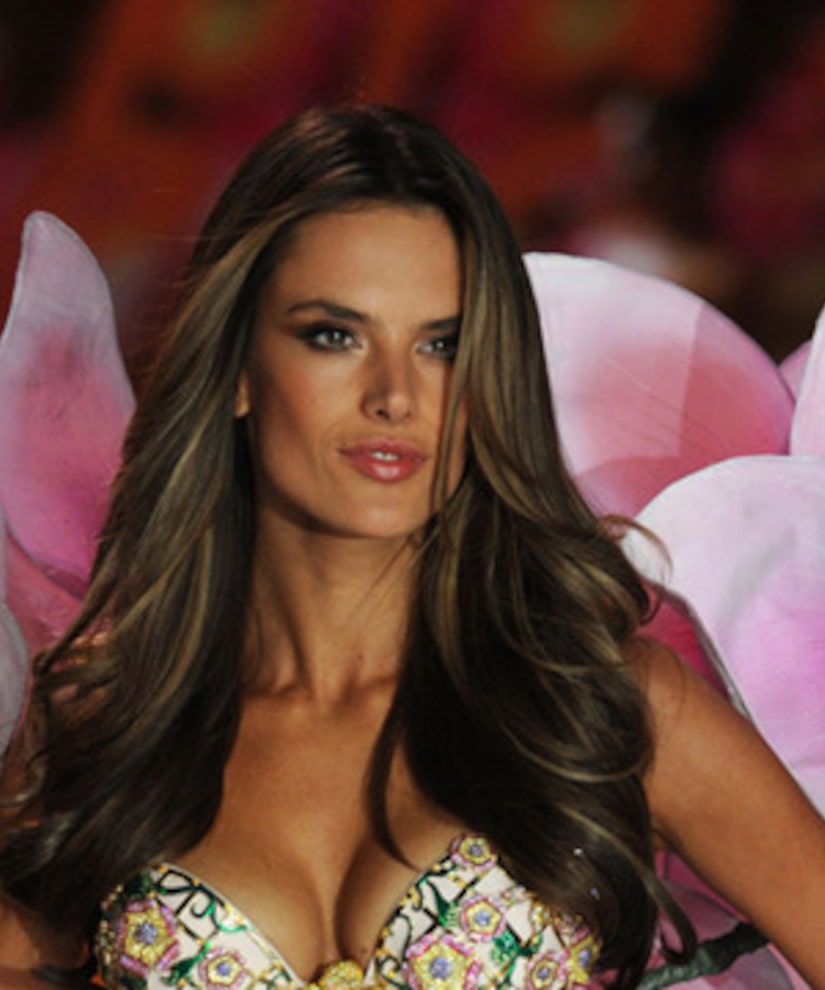 Adriana Lima, Miranda Kerr and their fellow angels put on an eye-popping Victoria’s Secret Fashion Show in NYC on Wednesday, walking the runway in the company’s signature skimpy lingerie. Rihanna, who performed at the event, couldn’t help but get in on the action, posing topless backstage (see photo below).

The "We Found Love" singer told "Extra's" A.J. Calloway, she might consider becoming a VS angel in the future, "If my body was as tight as those models, I would definitely work it!"

The models bared almost all on the catwalk to the beat of a live soundtrack. Rihanna, who admitted to "Extra" she was "distracted by all the t**s and the....booty," sang “Fresh Out the Runway,” while Justin Bieber chose “Beauty and the Beat” and “As Long As You Love Me.” Bruno Mars was in charge of the “Calendar Girls” portion of the show and serenaded a model from each month.

Bieber was more than happy to work the event. He told A.J., "It was like, 'What do I have to do and I'll do it.'" Further proof that he's all grown up...he's growing a mustache! "It's Movember, I'm growing out the stache." 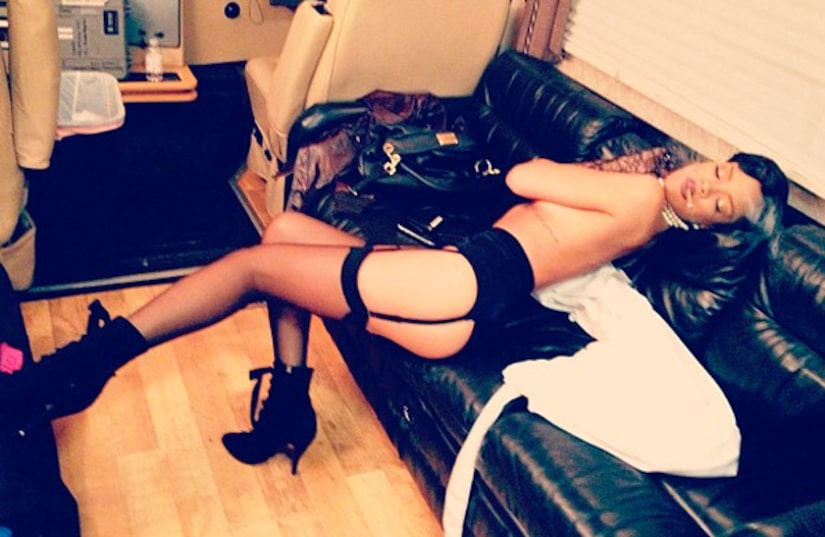 Among this year’s top models was Alessandra Ambrosio, who had the honor of modeling the $2.5 million jeweled “floral fantasy bra.” The multi-million dollar undergarment was paired with orchid-petal angel wings, green gloves and leafy heels for the trip down the runway.