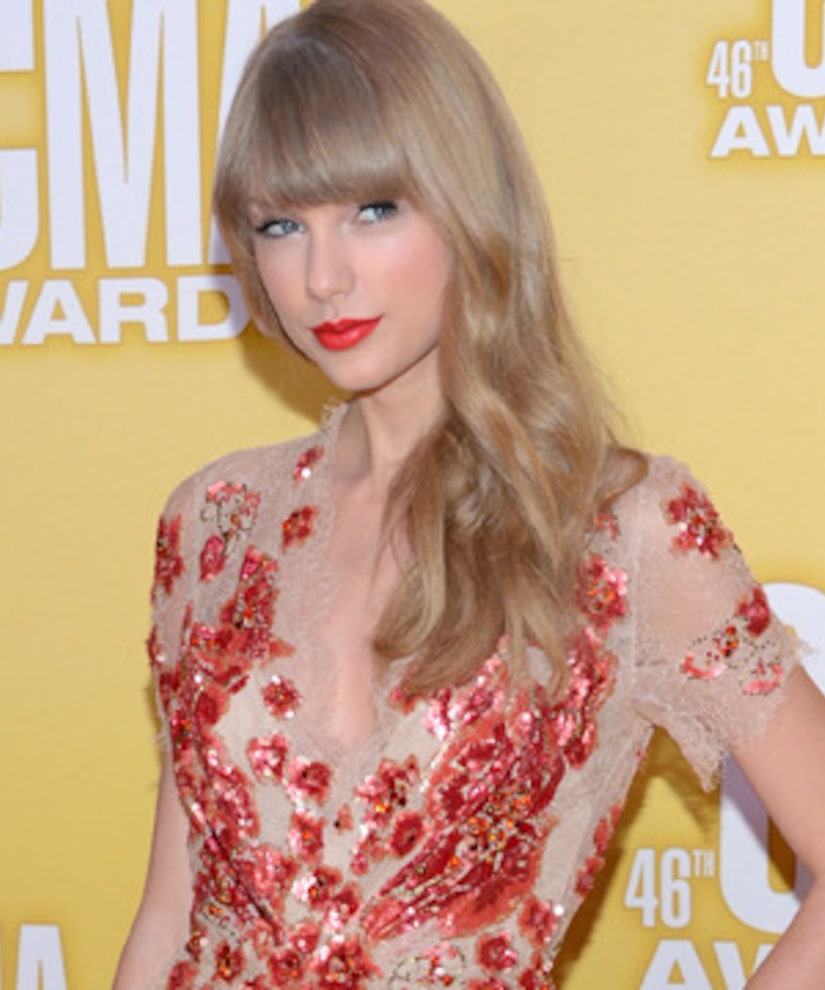 Taylor Swift made her first personal appearance post-Conor Kennedy at this year’s CMA Awards. It was an awkward night for the country starlet who walked away empty-handed and was even the butt of a monologue joke.

Hosts of the Country Music Association Awards, Brad Paisley and Carrie Underwood, couldn’t help but have a little fun at Taylor’s expense, using the split and Swift's hit single, “We Are Never Ever Getting Back Together."

The two began discussing the recent NFL trades (Tim Tebow to New York and Peyton Manning to Denver) when Paisley jested that the biggest deal was when the Kennedys traded Arnold Schwarzenegger for Taylor Swift.

When Carrie broke the news that the relationship was over, Paisley mockingly said, “What? Why don’t I ever hear about these things? I’m the last to know!” A play on “We Are Never, Ever Getting Back Together” soon followed.

Blake Shelton, on the other hand, was having a great night. “The Voice” mentor was the big winner, taking home the Entertainer of the Year Award. He was so stunned by the honor, it took him a minute to get out of his seat when they called his name.

"You can tell this time I really didn't think I was gonna win... I'm still willied out here!" he exclaimed, before giving a shout-out to two-time winner Swift. "I was thinking, ‘there's Taylor Swift right there.’ Really, this is pretty dumb that there's anyone else even nominated."

Shelton also delivered the most emotional acceptance speech of the night when he won the Song of the Year award for “Over You” with wife Miranda Lambert.

Blake told the crowd, "I lost my brother in a car wreck when I was 14 years old and, later in life, when I decided I wanted to be a country singer, my dad always told me, 'Son, you should write a song about your brother.’”

Backstage, Shelton told "Extra," “To say there was even a chance in hell that I would win entertainer of the year...that's crazy,” he told “Extra” backstage. “There won’t be anyone they ever give that to that's more proud than me.”

When it came to celebrating, Blake and Miranda had very different ideas about how to spend the evening. "You should ask me that tomorrow because I'm willing to try things tonight...it's one of those kinda nights," he told us, while Miranda said, "We're going to find some PJ's and go to bed...girls overrule, we all know that."