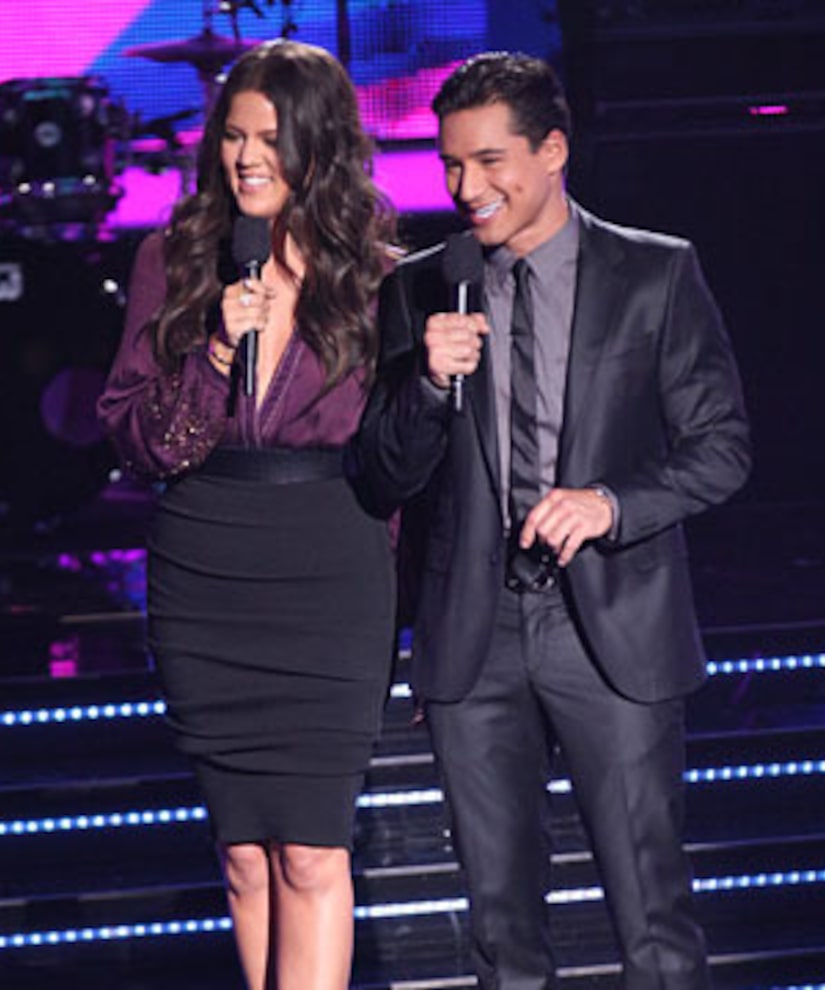 Reality TV star Khloe Kardashian took the stage for the first time Wednesday as “The X Factor” host – and made an indelible first impression.

Standing next to “Extra’s” own Mario Lopez, the two co-hosts introduced the first live show of Season 2 – and Kardashian’s left nipple inadvertently poked through a sheer purple blouse.

"I think I had a little nip action earlier LOL," the reality star tweeted midway through the show in response to judge Simon Cowell's joke tweet, “I think the air conditioning is on high tonight looking at Khloe.”

Backstage, Khloe told Mario about the hosting gig, "I love it besides having a little nipple action... we fixed it!"