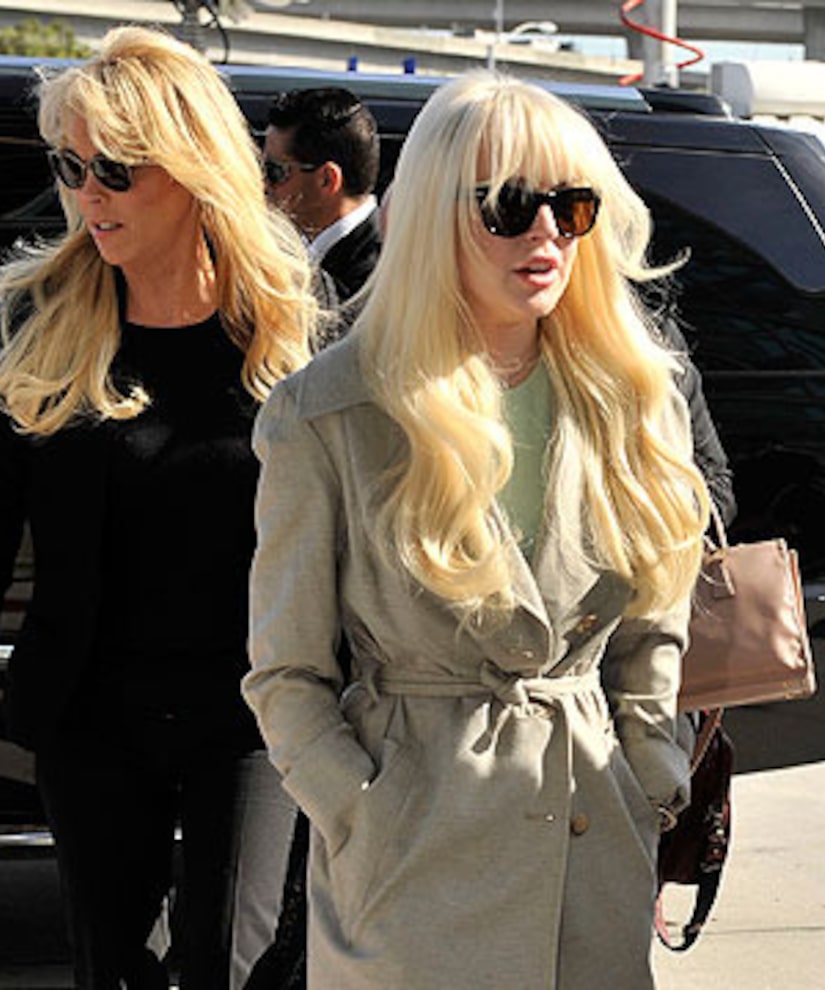 Actress Lindsay Lohan and mother Dina had a major fight early Wednesday morning, and the authorities were called to the scene.

TMZ reports the mother and daughter went to a nightclub in New York Tuesday night and left the club around 4:00 AM to head back to Dina's Long Island home.

The two allegedly began arguing in the car, which escalated as they reached the house. It turned physical, and Lindsay sustained a cut on her leg. A 911 domestic violence call was placed.

LiLo's dad, Michael, told x17online.com he received a frantic call from his daughter. "I did call the police at Lindsay's request. Lindsay even asked that I record the conversation because she was being held against her will by the limo driver at Dina's instruction."

The Nassau County Police Dept. confirmed to "Extra" they responded to the call about a "verbal argument" between Lindsay and Dina. No arrests were made and "no further police action will be taken."