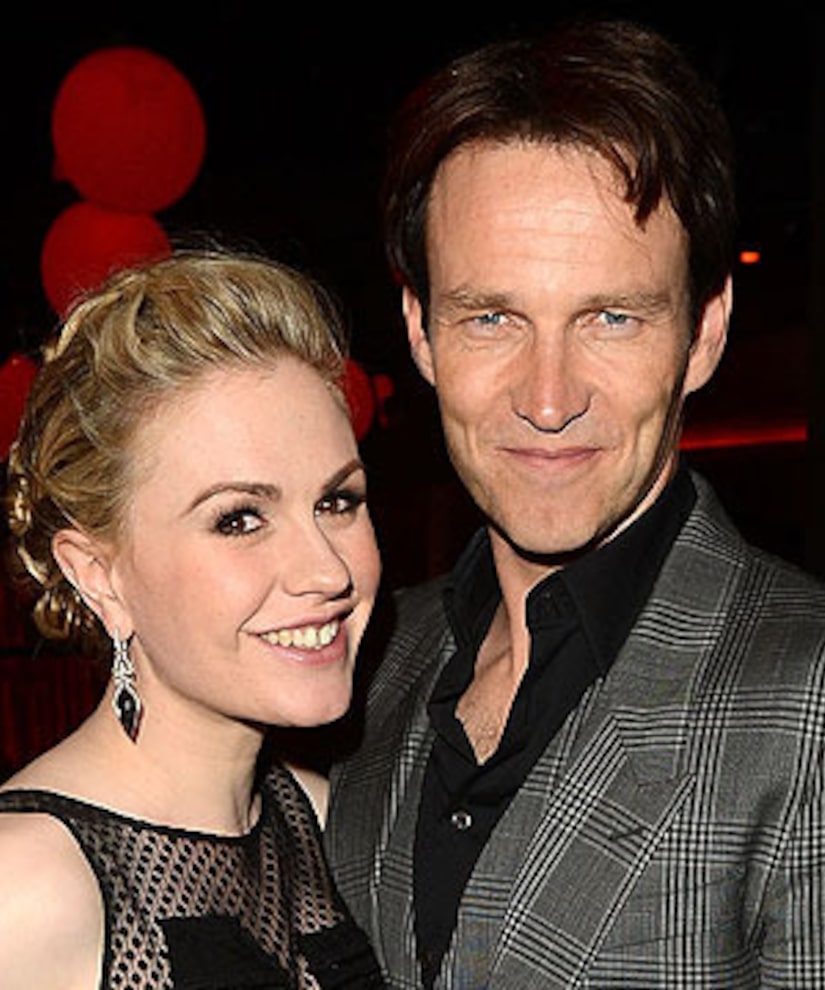 “We can confirm that Anna Paquin and Stephen Moyer recently welcomed their twins into the world,” reps for the actors told People.com, saying, “The babies were born a few weeks early, but are in good health and both Mom and Dad are overjoyed.”

The gender(s) of the twins has not been disclosed.