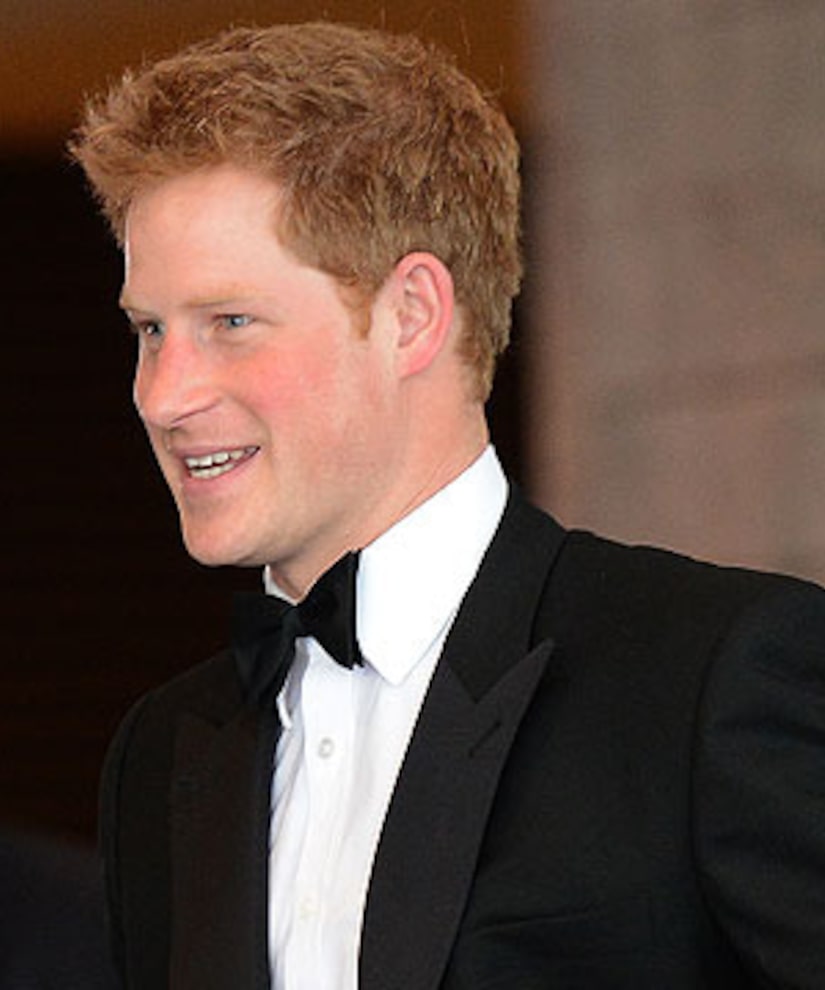 One of the women partying with Prince Harry while he was having a wild time in Las Vegas has come forward to reveal she and his Royal Hotness engaged in some lip-lock.

The Daily Mail reports the woman, Carrie Reichert, 32, claimed she was alone with the nude prince and made out with him for about 20 minutes in a “drunken fumble,” while she was stripped down to a string bikini.

She said he was a “gentleman” but added he was pretty “wasted.”

In the now-infamous photos, the nude 27-year-old prince can be seen cupping his genitals in one photo and bear-hugging a woman in another.

Harry was supposed to make his first appearance at the opening of the Paralympics on Friday but didn't show up. His father, Prince Charles, has advised his son to stay out of the public eye for a while.

The prince is, however, expected to attend the WellChild Awards ceremony on Monday in London.