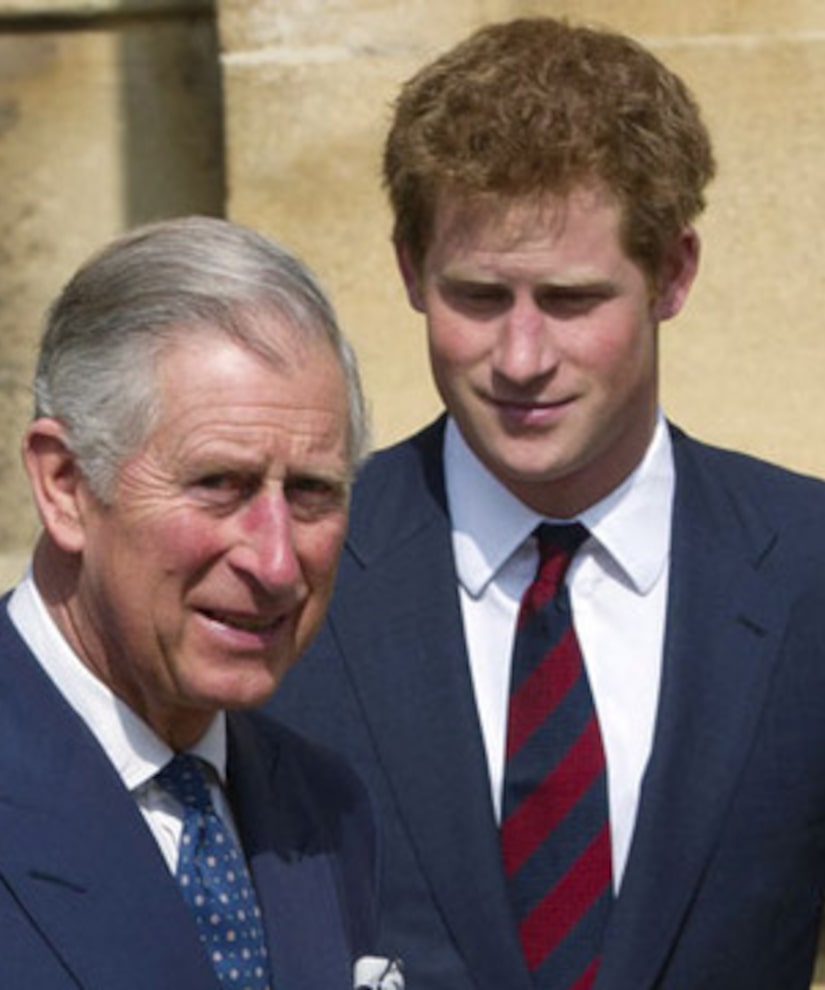 There will be no public apology from Prince Harry, according to a new report. It seems Prince Charles wants the party prince to keep quiet about the naked photo scandal.

A source told Radar, “Of all the royal family, Charles was the most accepting of Harry's behavior. In his younger years, he was just as much a playboy as Harry is now, so he's more understanding when it comes to this sort of thing."

The insider added, “Charles doesn't believe there's any need for a public apology and instead said to Harry he should go to Afghanistan as soon as he makes an appearance at the Paralympics and join his rank. The quicker he goes out there, the sooner this will all blow over.”

During the Las Vegas vacation, Harry and his entourage reportedly met some girls in the Wynn hotel bar and invited them up to his VIP suite. The revelers decided to play a game of strip billiards and it appears that Harry and at least one girl were losing pretty badly.

The 27-year-old can be seen cupping his genitals in one photo and bear-hugging a woman in another – while wearing just a necklace and Rolex watch.