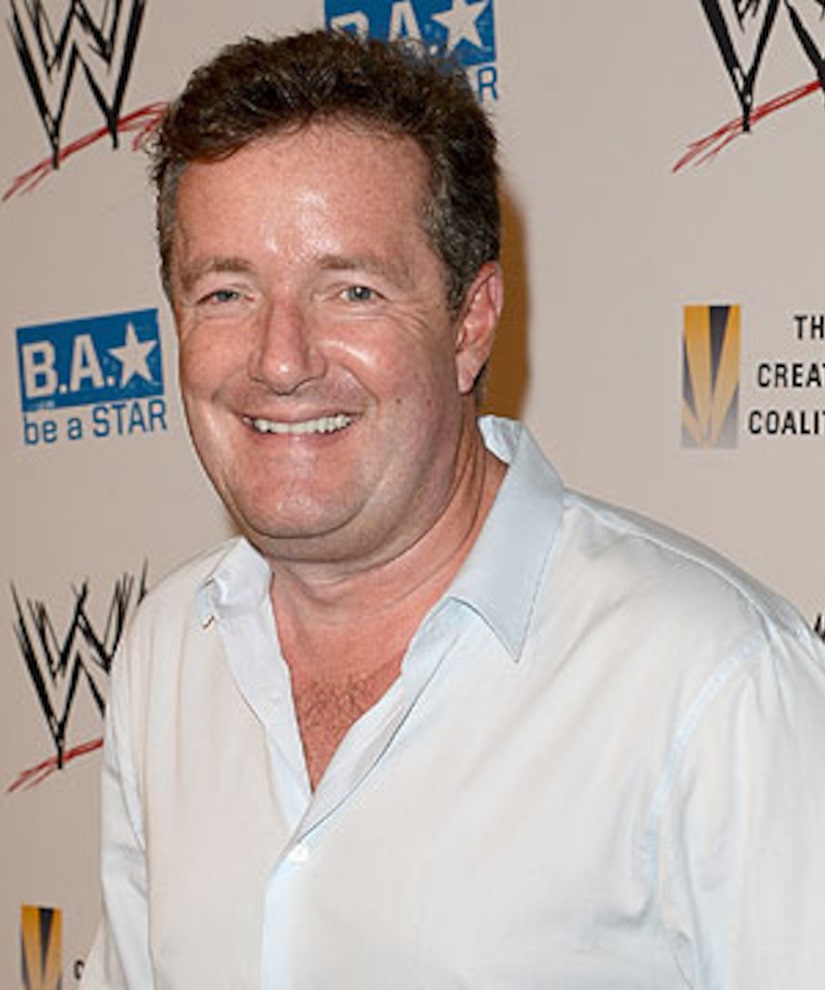 “Extra” host Mario Lopez spoke remotely with Piers Morgan, who is covering all the action at the Republican National Convention in Tampa.

“It's very exciting,” said Morgan. “Everyone's who's anyone in the media or politics is down here. I always think politics is show business for ugly people!”

Piers hopes former Alaska Governor Sarah Palin shows up. “Sarah Palin is the nearest thing to a proper celebrity that the Republican party has. She's a terrific character.”

As for Prince Harry’s recent naked faux pas, Morgan laughed, “He behaved exactly the same way every young man at 27 behaves in Las Vegas. The problem is he's third in line to the throne of Great Britain.”

Now that Sharon Osbourne is leaving “America’s Got Talent,” would the CNN host consider returning? “Sharon is obviously quitting ‘America's Got Talent’ because she misses me so much. The way that NBC can cure that is to throw the kind of money they threw at Howard Stern and lure me back. So I'll take $20 million, a Ferrari, a house in Malibu -- then we'll think about it.”