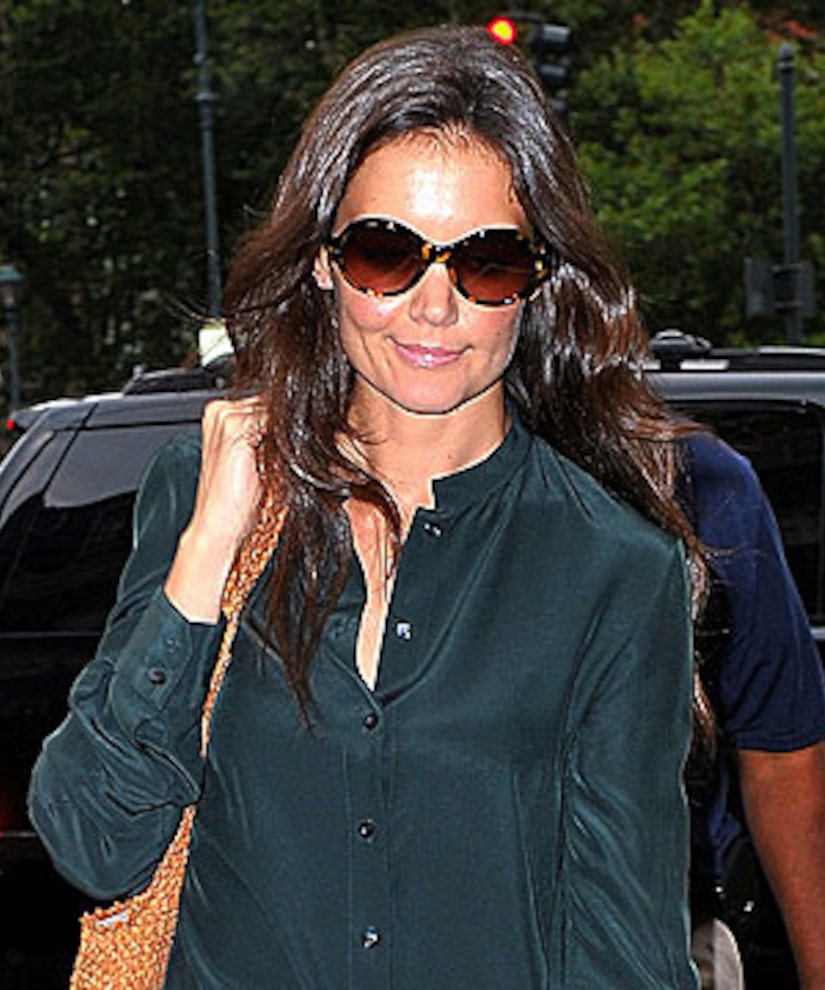 Actress Katie Holmes is ready to be a sexy, single woman in the Big Apple!

The 33-year-old has already leased a $12,500/mo apartment in New York, and according to the National Enquirer, she's spending a rumored $100K on a new wardrobe, hair and makeup and other necessities.

A source told the tabloid, “She splurged on nearly $15,000 worth of sexy lingerie and undergarments alone. She also bought 15 pairs of pricey Christian Louboutin shoes and went on a tear at Barneys New York department store, buying a closet's worth of clingy cocktail dresses and power suits to wear to auditions and meetings... and hired a personal trainer for $10,000 a month.”

The source added, “Her attitude is: 'Look out New York, Katie's back in the game!'”

Katie is also looking forward to a new life for daughter Suri, but is making sure to include Tom. RadarOnline reports they both plan to take Suri to her first day of private school -- together.

Cruise and Holmes have reportedly been making an effort to keep things amicable for the sake of their daughter. The RadarOnline source said, "Katie doesn't want Suri to suffer because of their divorce, and both parents are truly putting the needs of their little girl ahead of their own feelings.”