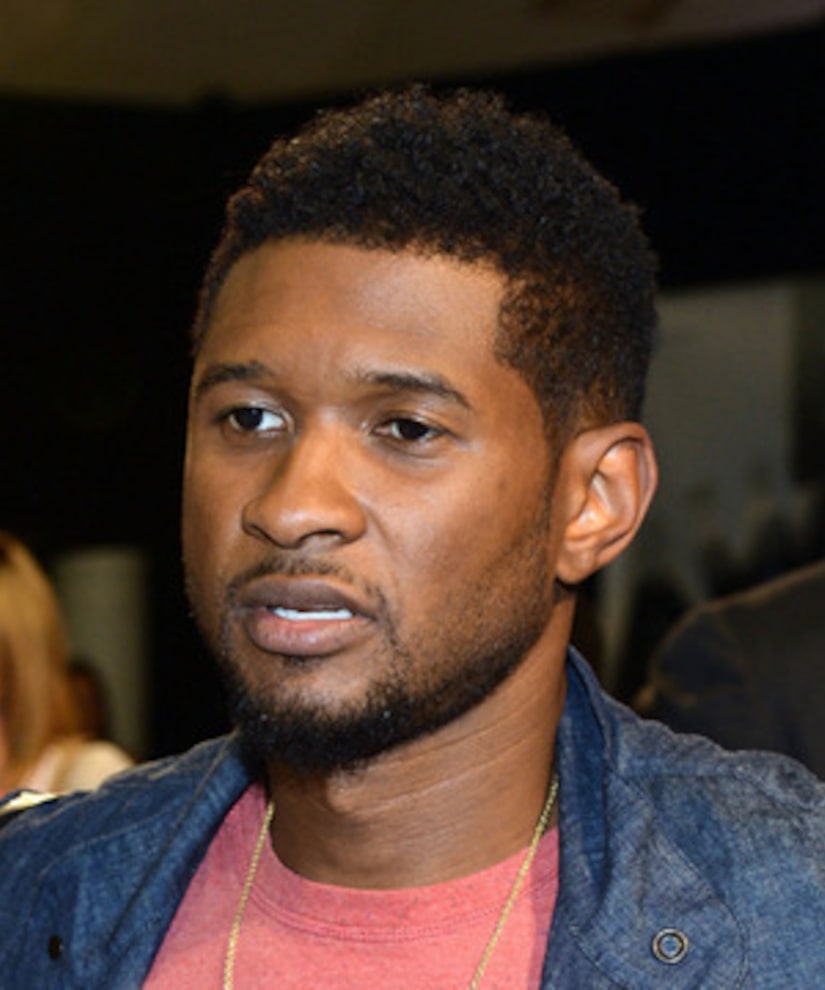 Rapper Usher had a brush with danger on June 24 when a stranger came knocking on his door – or in this case -- ringing his doorbell.

On the 911 tape, obtained by TMZ, Usher whispered to the operator, “I don't know this woman.” He also revealed that his uninvited guest, later identified as Darshelle Jones-Rakestraw, had already come by earlier while he was out. His security team escorted her off the property.

"She's obviously a fan of some sort,” he said.

As she continued ringing the doorbell, the star explained that he lived in a gated community with a guard at the gate and didn't know how she got inside.

He explained to the operator, “I can see her. I have cameras at my front door. She's just sitting there.”

When police arrived, Darshelle told them she was Usher's wife, an obvious lie, since the singer isn't married. The 26-year-old was arrested on the spot. A few days later Usher filed a request for a temporary restraining order.