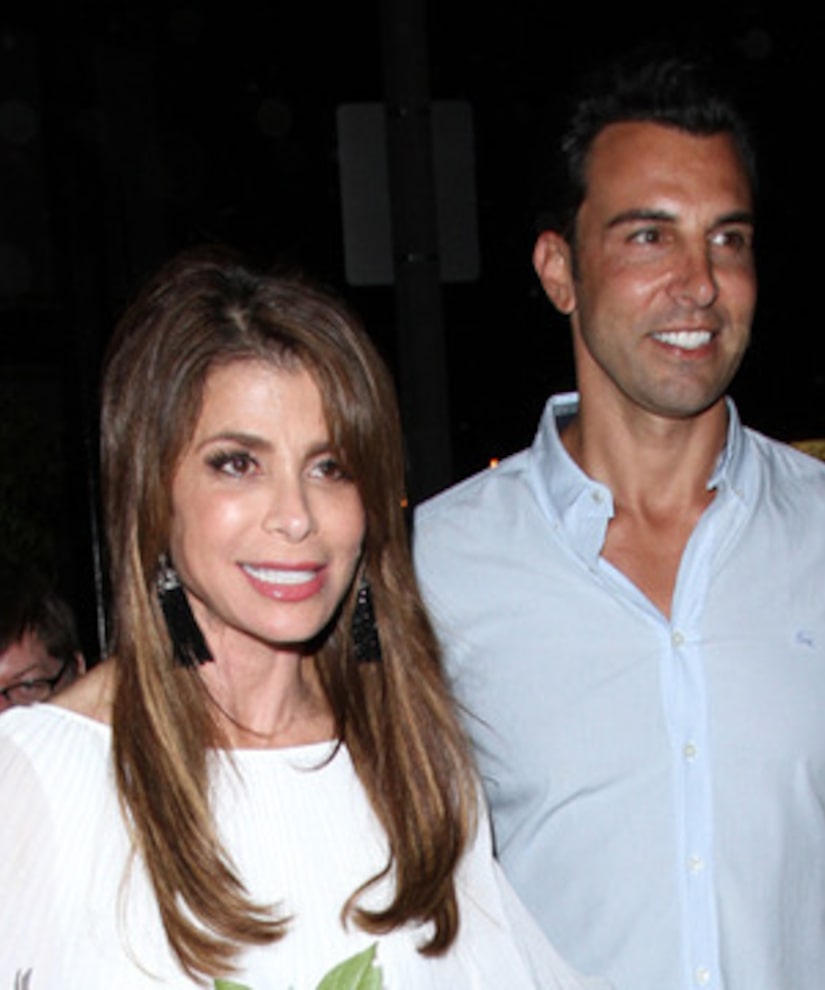 For the special occasion, she dined on Mexican cuisine at Chef Rick Bayless’ Red O Restaurant on Melrose with her younger beau, John Caprio, 40, and “Extra’s” Terri Seymour.

The paparazzi peppered Paula with “X-Factor” questions as she left the establishment. The former judge kept fairly quiet, but was all smiles for the cameras as she carried a large bouquet out to her car.

Before pulling away, John, a Rhode Island businessman, stole a romantic kiss in the car. Watch the video!

The two began dating last year, according to PerezHilton.com, and she’s already met his family.

"Paula's sister, Wendy, lives near Providence, and Paula and John were introduced by mutual friends in late November and they really hit it off," a source told the site.

"She likes that he's a normal dude. She met his whole family, and they loved her. They're a big, loud family. But Paula fit right in."