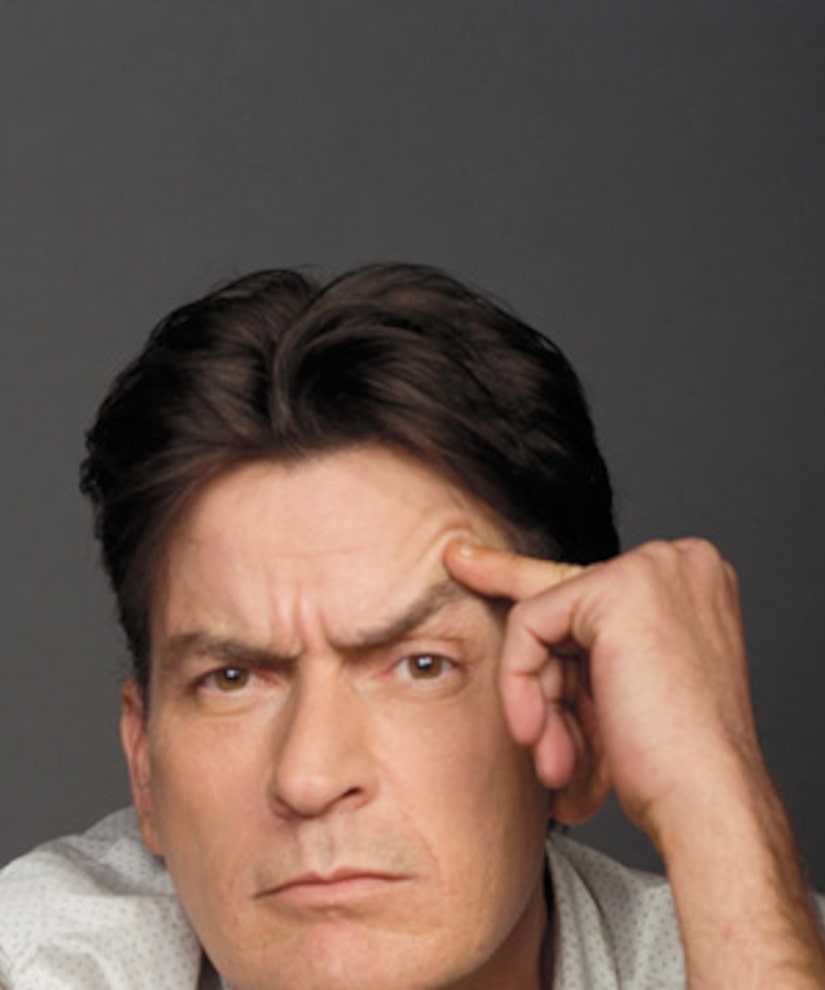 Actor Charlie Sheen is many things -- a warlock, Vatican assassin and a “total bitchin' rock star from Mars” to name a few -- but in his new interview with Playboy, he's also very human.

Sheen, who stars in the new FX comedy “Anger Management,” told the magazine there was no master plan when he created a media frenzy over his “Two and a Half Men” suspension and axing.

“I didn't realize it was going to create such a global firestorm,” he told the July/August issue of Playboy. “At the time, it felt like I was watching a lot of it from above. I was a little shocked by how huge the whole thing became.”

He no longer blames the CBS sitcom for the major meltdown that cost him his title as the highest paid actor on television. “I don't think it was the show in particular. It was the buildup of all the time I've been in the business, the divorces and everything. I started to unravel. I was mad about having to play the game -- not that I was playing it well.”

Plus, he wants his friendship with Jon Cryer back, the co-star he publicly called “a troll and a turncoat” during his feud with the show's co-creator, Chuck Lorre.

"I whaled on him unnecessarily. He was trying to keep the s**t together, trying to cover my ass, pick up the slack," he said. “Jon just got caught in the crossfire. He's a beautiful man and a f**king fabulous dude and I miss him. I need to repair that relationship, and I will. I will reach out and do whatever is necessary."

A lot has changed since “Two and a Half Men.” Playboy pointed out that Sheen's trailer is no longer the party bus it was since his days on “Spin City,” and now houses drawings by his children. A trip to his L.A. home proved the same… Sheen even had a fresh apple pie cooling on the stove.