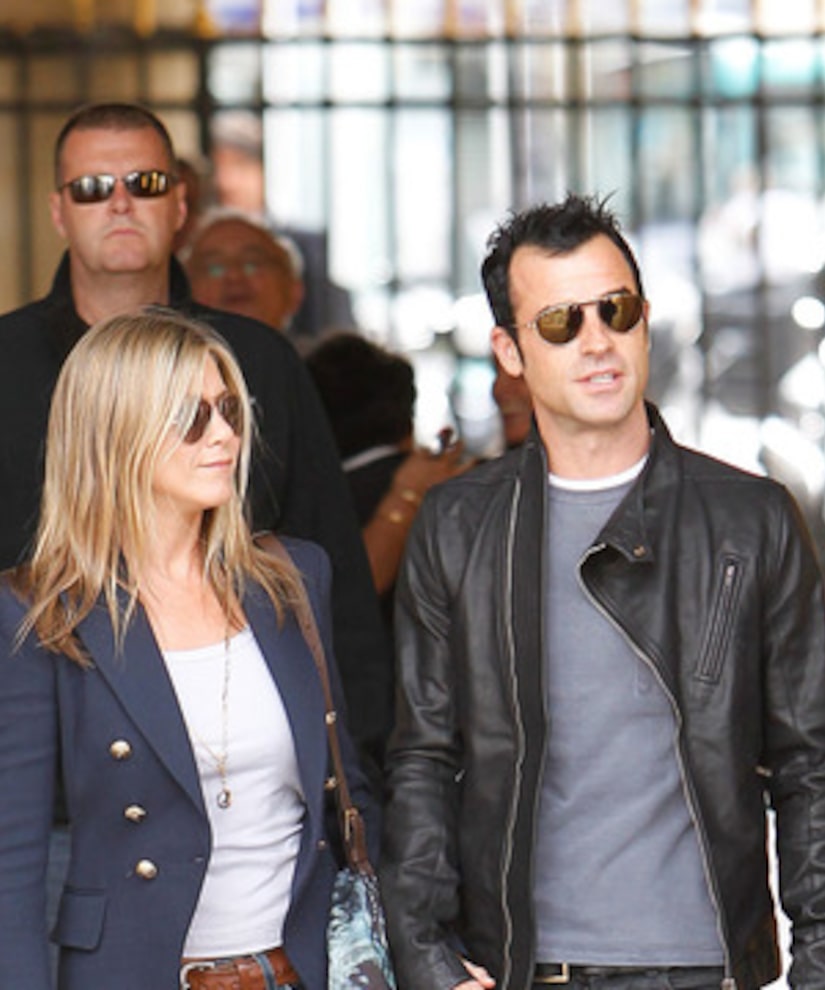 Ah, nothing says “we’re in love” like the springtime in the City of Lights. Jennifer Aniston and beau Justin Theroux were snapped hand-in-hand in Paris on Monday.

The rumors are swirling the two are soon heading down the aisle, but for now the “Friends” star, 43, and Theroux, 40, looked happy and relaxed as they picked up some purchases, with Aniston looking perky in her rolled-up Calvin Klein Skinny jeans, blue blazer and white plimsolls.

“Extra’s” Jerry Penacoli spoke the Theroux at the “Rock of Ages” premiere last week, and the screenwriter/actor confirmed that he “could not be happier” with his life right now. “I always go to bed thinking I'm the luckiest guy in the world.”

Theroux, who wrote "Rock of Ages," will next be penning a sequel to "Zoolander," while Aniston has been attached to a new Elmore Leonard project.