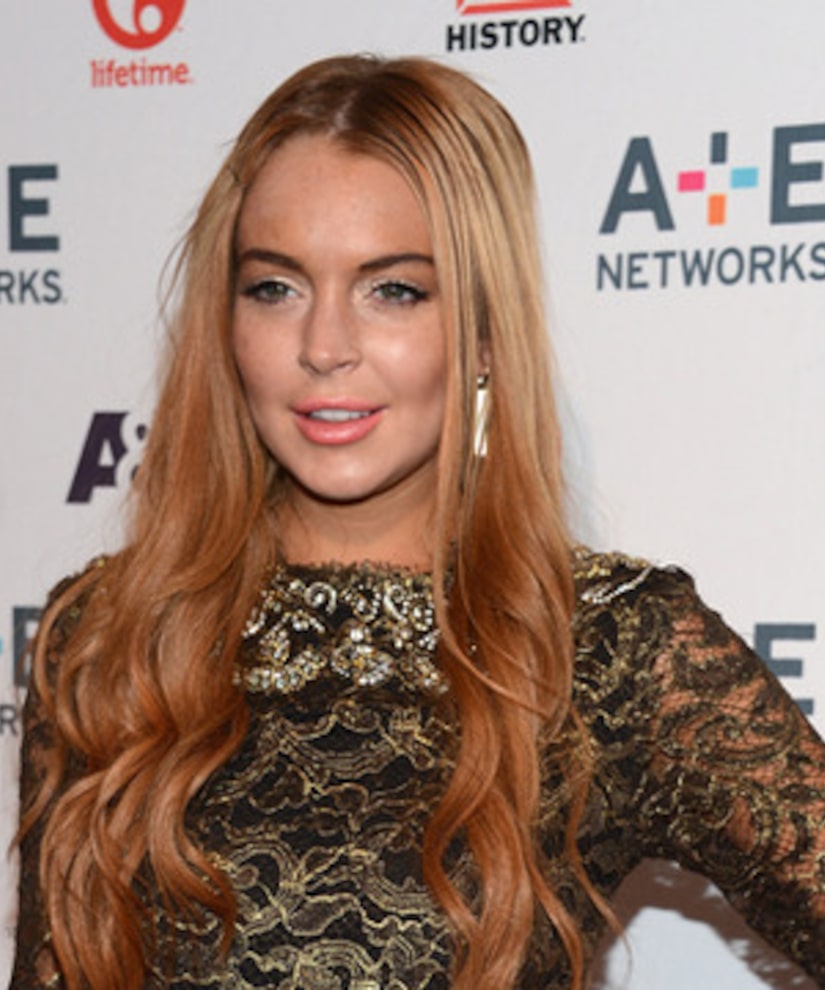 Lindsay Lohan is facing some tough allegations from the dump truck driver she reportedly rear-ended on Friday in Malibu.

James (last name withheld) told TMZ that Lindsay, who he didn't recognize, tried to leave before the police arrived and claimed he was offered money to keep the accident quiet. He explained that Lindsay jumped out of her black Porsche and into the front seat of a black SUV, which was following Lohan on the highway. Arguing ensued as her group tried to leave -- all while James was on the phone with 911.

However, Lindsay's rep refuted the claims, telling "Extra," "Lindsay cooperated fully with law enforcement. She has answered all their questions and provided them with everything they have asked for."

As far as James is concerned, it was Lindsay who caused the accident, reports TMZ, while other sources said that Lindsay felt he cut her off.

Lohan was briefly hospitalized but soon returned to the set of her Lifetime TV movie “Liz & Dick.” Her rep told “Extra” that “Lindsay was involved in an automobile accident today on her way to the set. She was taken to Santa Monica UCLA hospital as a precaution. She is fine and was released less than two hours later and is already headed back to the set to resume work. Fortunately, no one was seriously injured in the accident.”