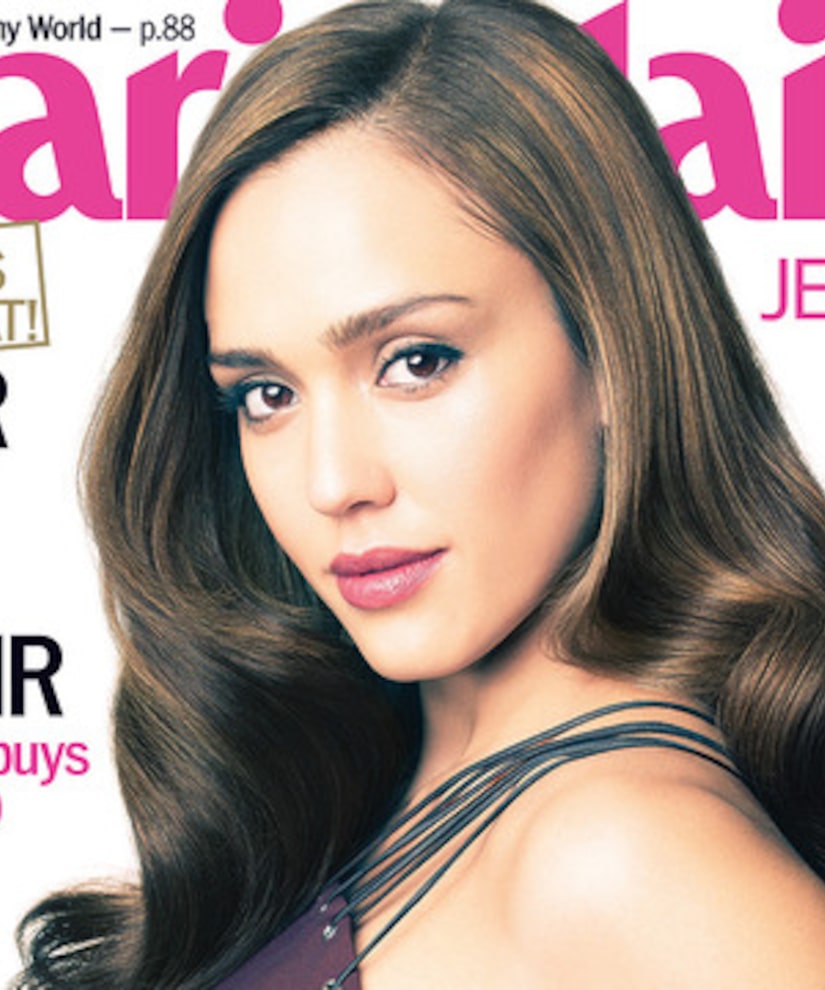 Actress Jessica Alba appears on the cover of the June issue of Marie Claire magazine, talking about the days when she was called “sexy” and how it made her feel.

“I had a show [FOX's 'Dark Angel'] that premiered when I was 19,” Alba explained. “And right away, everyone formed a strong opinion about me because of the way I was marketed. I was supposed to be sexy, this tough action girl. That's what people expected… I felt like I was being objectified, and it made me uncomfortable. I wanted to be chic and elegant!”

Now as a mother of two, Jessica has grown more self-assured in recent years. “Now that I'm older, I've learned how to own it, but I'm still not very overt. There are some women who dress for men. I dress for myself. It took me some time to get here. Being a mom and feeling grown-up have helped. Now if I'm going to wear something short, it has to have a high neck or a little sci-fi toughness to it, an edge.”

Alba added, “I like to get positive attention. But if I have a choice between someone noticing in a negative way what I'm wearing and going, 'What was she thinking?' or someone not noticing what I'm wearing, I would rather not make a statement at all and just have a good conversation instead.”

Read more of the interview at MarieClaire.com and check out the issue when it hits newsstands Tuesday, May 22!