In Tuesday's highly anticipated battle of the morning shows, former Alaska Governor Sarah Palin played it for laughs by poking fun at herself, while former "Today" show host Katie Couric didn't play it at all, making no reference to Palin or "Today." 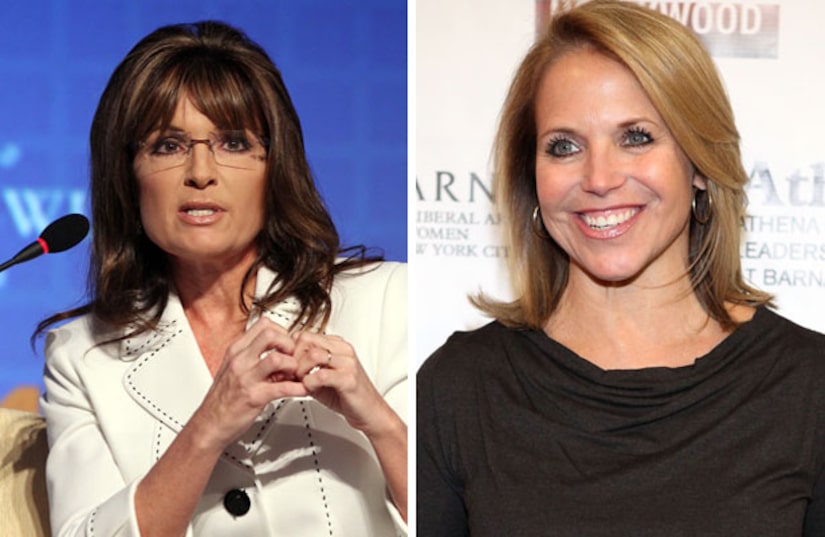 Palin appeared on the "Today" show as a guest host, while Couric is filing in for Robin Roberts this week at "Good Morning America."

In what appears to be the opening salvo, the first glimpse Palin was with her head buried in an open newspaper, clearly a reference to her 2008 campaign interview with Couric, in which Palin was unable to name any newspapers she regularly read.

"Oh, man, she's doing her homework!" said co-host Matt Lauer. By 8 AM, Palin was out of the hot seat and commenting on popular topics such as Oprah Winfrey, Jessica Simpson and Facebook bullies.

After a segment on raising teenage daughters, "Today" co-host Ann Curry patted Palin on the back and said, "You did a great job."

Meanwhile, Couric kicked off her second appearance on "GMA" with light conversation with the news team, and made no mention of Palin.