The hilarious ensemble cast of "Modern Family" is looking for a bigger paycheck when the hit ABC show enters its fourth season, says The Hollywood Reporter. 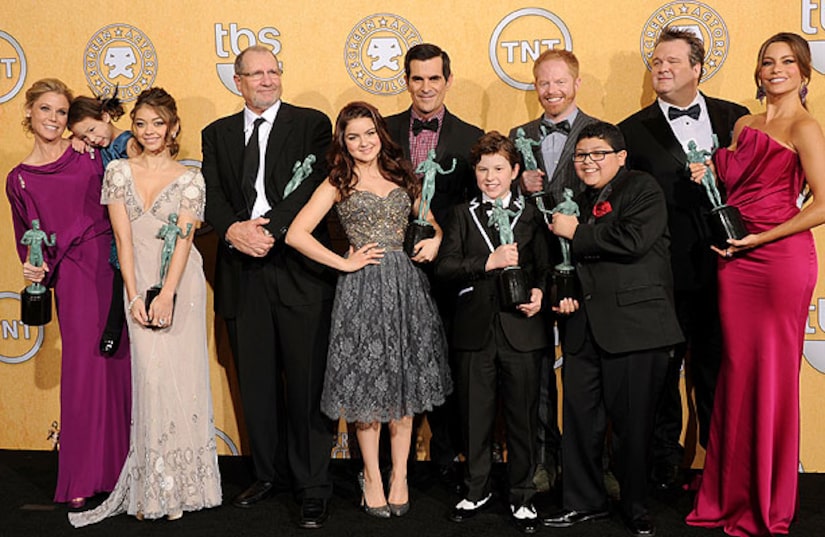 Cast members Julie Bowen, Ty Burrell, Jesse Tyler Ferguson, Eric Stonestreet and Sofia Vergara were paid in the $65,000-an-episode range for the 22-episode third season, sources told the Reporter, a fee that was bumped up from the first two seasons last summer.

As the Season 4 approaches, now is the time pay negotiations begin. A source said the "Modern Family" gang could be asking for $200,000 an episode in exchange for agreeing to extend original seven-year deals by an additional year or two so the studio can generate bigger syndication revenue.