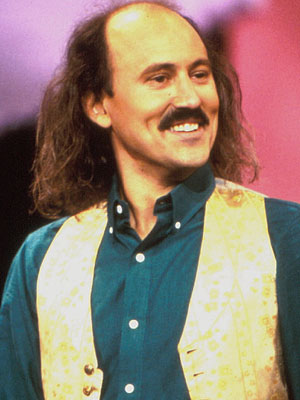 The comic Gallagher, known for smashing watermelons, suffered a heart attack Wednesday, just before he was to perform at a Texas club.

Gallagher, 65, is listed in stable condition at an undisclosed Dallas area hospital. His manager told CNN that Gallagher is "slowly recovering," and added, "We will not know the outcome until sometime tomorrow."

The standup comedian was about to go on stage at Hat Tricks, a club in Lewisville, when he fell ill and was taken to a hospital by paramedics.

"His family is with him and Hat Tricks has been unbelievable with the help and support with everything," the manager said.

His shows in Texas, Oklahama and Oregon scheduled through next week have been postponed.