"Extra" correspondent Ben Lyons caught up with Miley Cyrus at the L.A. premiere of "The Hunger Games." Miley was there to cheer on her boyfriend, "Games" star Liam Hemsworth. 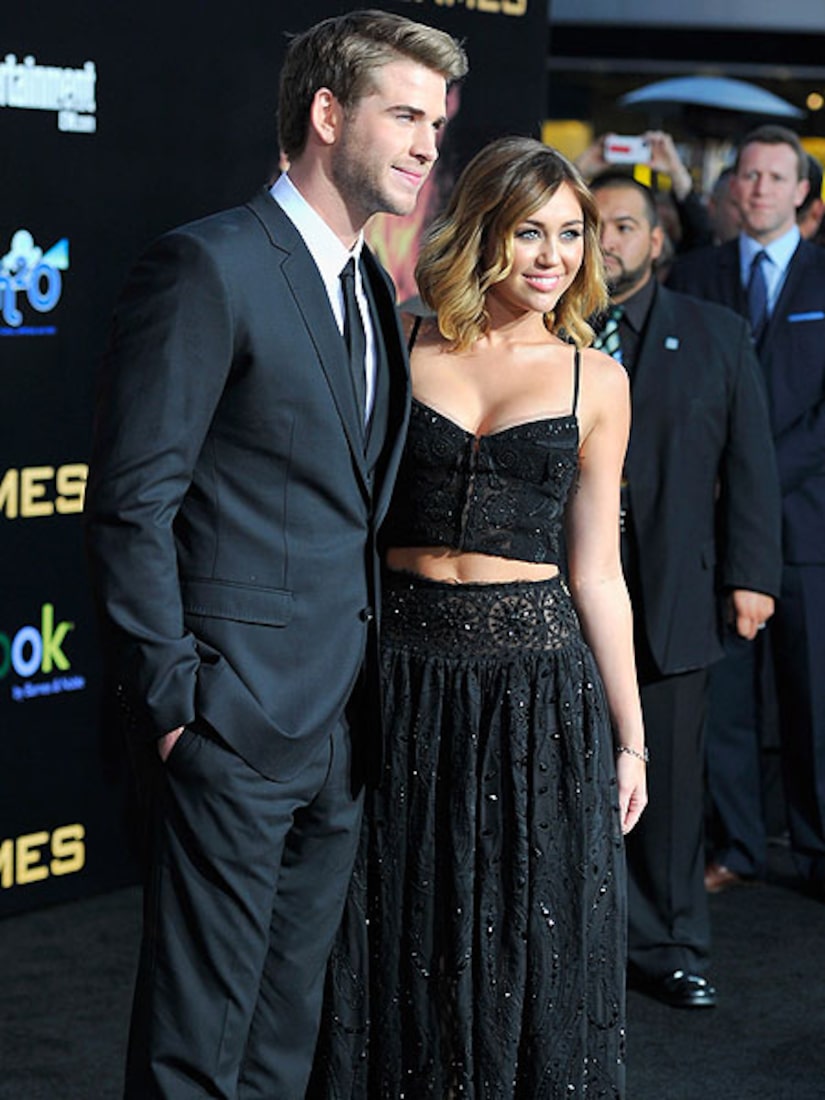 "I'm a proud girlfriend; Liam's amazing in this," gushed Miley. "I think the characters... they all have so much depth. It's not a typical love triangle story and it's also really sad. I think the minute you start watching the movie you feel exactly where you are at that time."

Did Liam introduce her to the books? "Actually, my little sister introduced me," said Cyrus. "Liam started working on it and my sister was so excited that Liam was going to be in the movie. It's rare that you find a movie as good as the books, and I think this is going to live up to it and what everyone is so excited about."

Miley did admit she also played a prank on Hemsworth for the upcoming new season of MTV's "Punk'd." "I did. I can't tell you too much about it -- but I did prank him." Something about naked people in her car? "Yeah. Liam almost beat my window out. It was very scary, I didn't realize."

Check out the sneak peek!

Cyrus also talked about her upcoming indie comedy "LOL," co-starring Demi Moore. "It's a small indie film that I wanted to make because I loved the script and I love the director, Lisa Azuelos. That's really why I took this on. I'm really excited for people to see it."

But Miley said there isn't a chance she'll appear in any "Hunger Games" sequels with her honey, Liam. "No, no, no. That's separate from my bill. That's how we met and that's the way it stays. We keep it very separate."