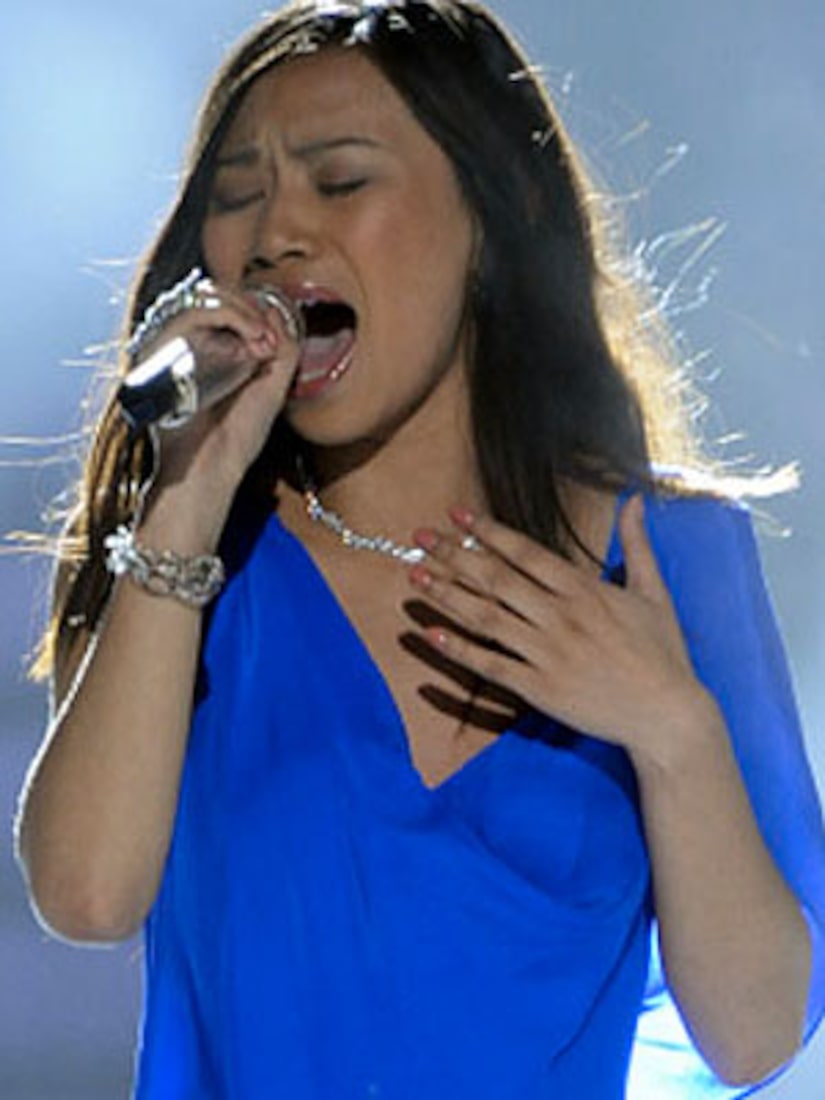 Thursday night's "American Idol" finalists focused on singing the difficult songs of Whitney Houston, Stevie Wonder and Mary J. Blige -- and in a surprise announcement by Ryan Seacrest, the evening's elimination would focus on one male and one female with the lowest votes, rather than the three contestants at the bottom. After the votes were cast, Jeremy Rosado was sent packing.