J.Lo, who presented an award with Cameron Diaz, said, "It never gets old. There's such an excitement in the air -- it's Hollywood's biggest night. It's always beautiful."

"Extremely Loud and Incredibly Close" star Sandra Bullock gushed about her baby, 2-year-old Louis, saying, "He's amazing. I just got him to say, 'Mama cool.' He won't say, 'Mama sexy,' and I don't know why... but he looks at me like 'you're not.'" 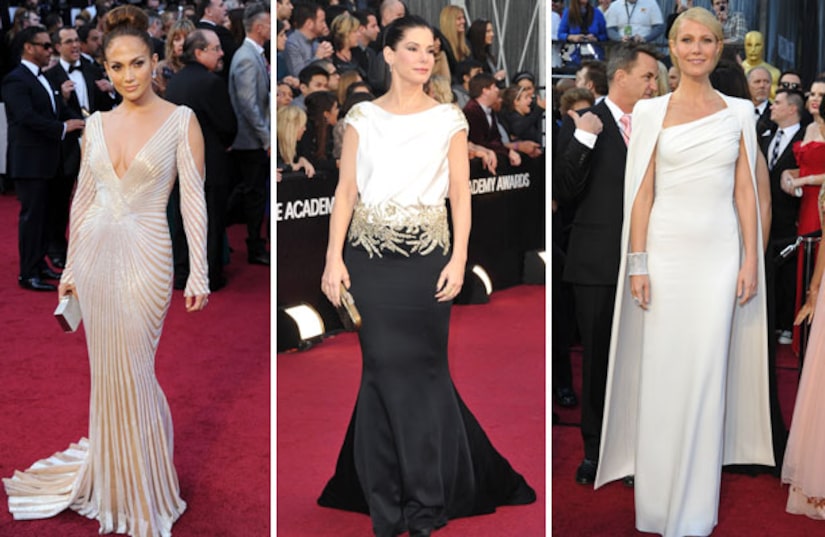 Actress Gwyneth Patrow, who looked elegant in a Tom Ford gown (with a cape!) revealed she was rooting for "'Girl with the Dragon Tattoo.' I always want Meryl Streep to win." Paltrow spoke about her ex, Brad Pitt. "I thought Brad was incredible in 'Moneyball' -- he was my favorite for Best Actor, but they said the French dude [Jean Dujardin] will probably win."

Check out their videos!