"The Bachelor" competitor Courtney Robertson covers the latest issue of US Weekly, and her bold tactics and overly confident attitude are revealed. 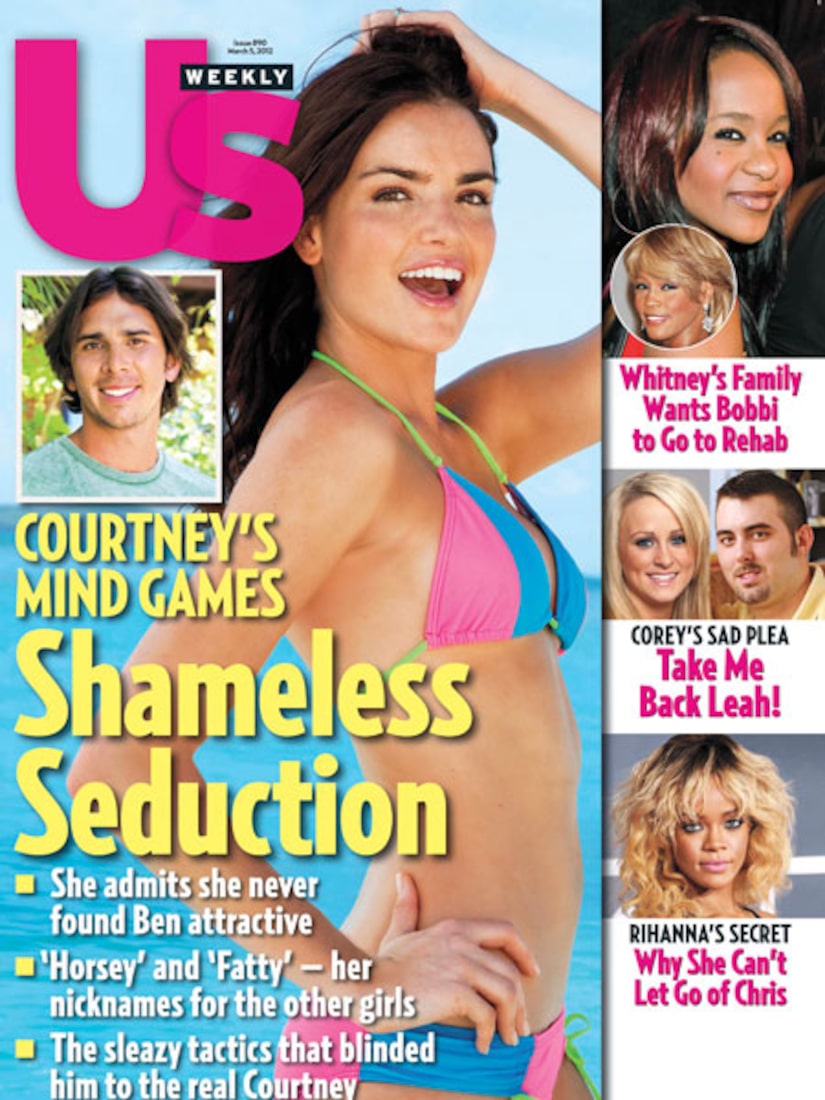 Robertson, a 28-year-old model, believed the other finalists -- Lindzi, Nicki and Kacie (who was recently eliminated) -- didn't stand a chance. An insider close to Robertson said, "Courtney told her family she had it all wrapped up. She didn't see any competition from, in her words, 'Horsey, Fatty and the Kid'" -- her secret nicknames for the other girls.

A source dished, "If you tell yourself for long enough that you like someone, you will like them."

"Bachelor" host Chris Harrison bluntly said, "Love is a game, and this is the way Courtney plays."