Chart-topping soul singer Adele, 23, will make her first public appearance on stage since her vocal cord surgery in November. The British pop star will perform at Sunday's Grammy Awards. She is nominated in six categories, including Album of the Year for "21." 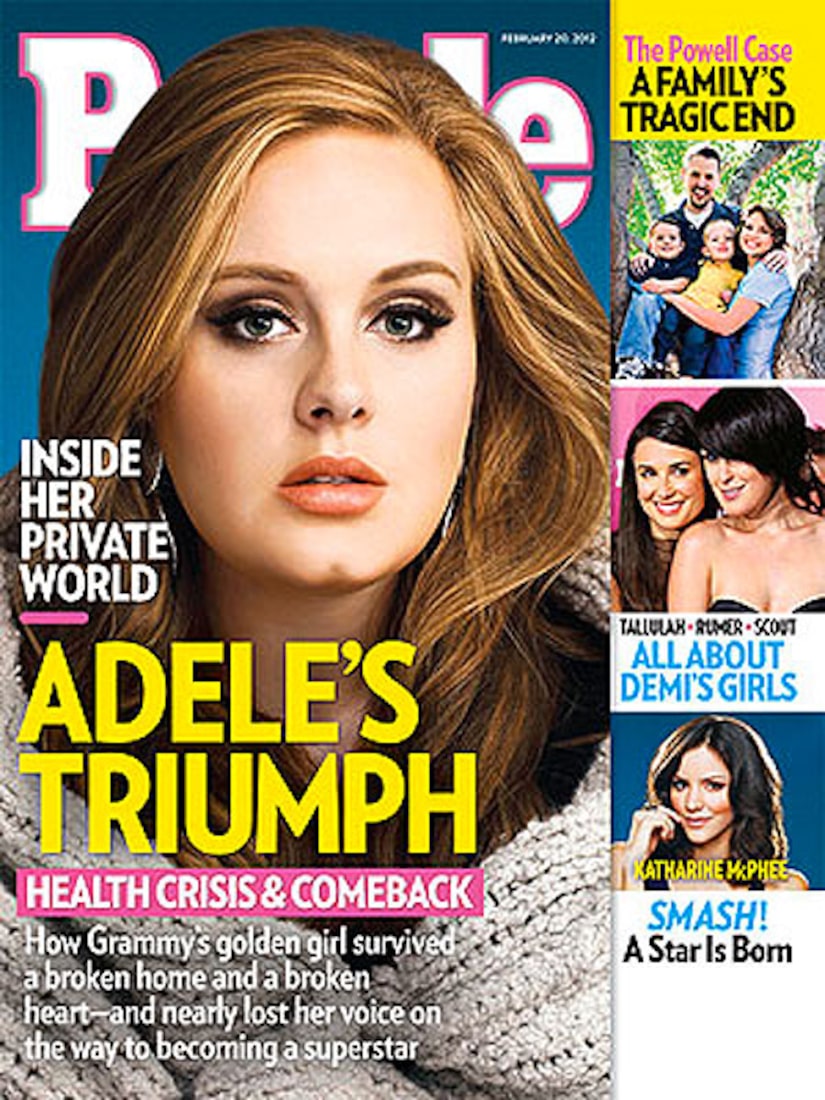 Adele covers the latest issue of People, in which she gives readers a glimpse into her private life, and explains the heartbreak that inspired many of her emotional songs, including a broken home and nearly losing her voice.

Adele's former teacher tells the magazine, "She got to where she is through sheer hard work."

The songstress, who embraces her plus-sized figure, said, "I've never wanted to look like models on the covers of magazines. I represent the majority of women and I'm very proud of that."