After the New England Patriots lost to the New York Giants at the Super Bowl last night, Patriots quarterback Tom Brady was consoled at the stadium by his supermodel wife, Gisele Bundchen. 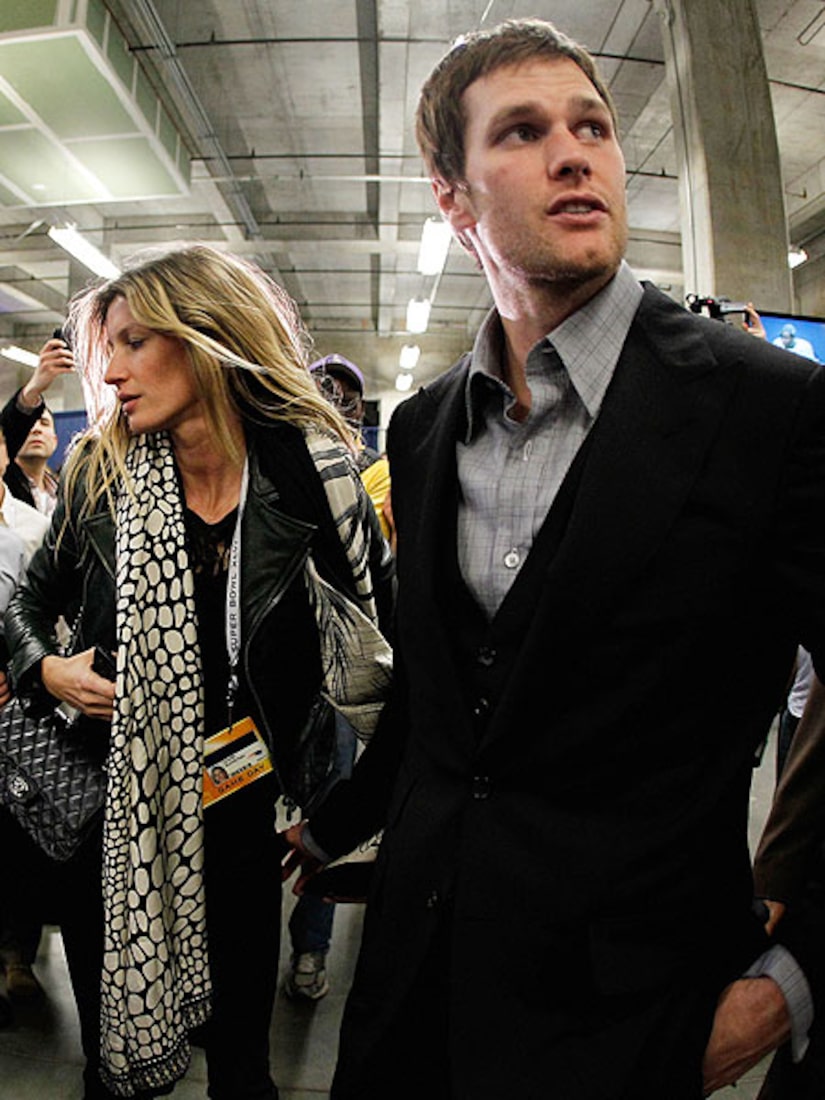 As Bundchen, Tom and their entourage walked out, she turned to her friend and huffed, "My husband cannot f***ing throw the ball and catch the ball at the same time. I can't believe they dropped the ball so many times." 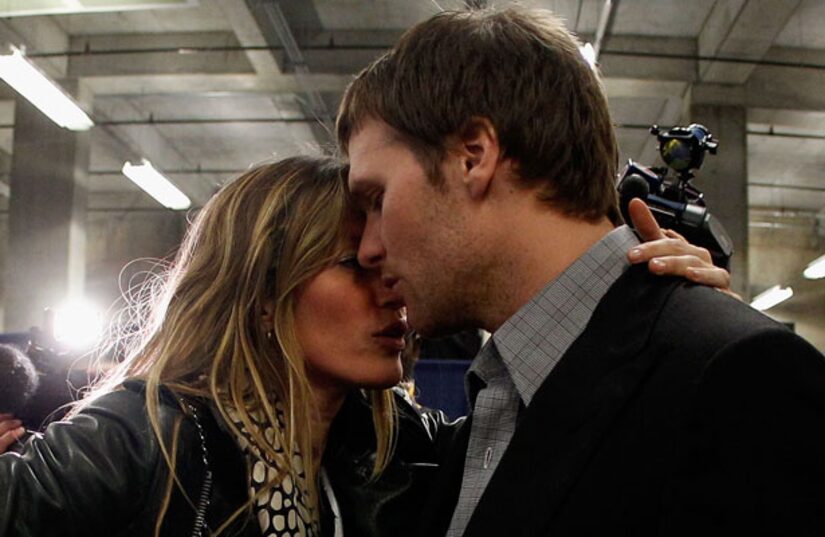 Bundchen was referring to Brady's teammates, Wes Walker and Aaron Hernandez, among other Patriots players who clearly weren't playing their best game.

A NY Giants fan heckled Gisele as they were exiting, and screamed, "Eli owns your husband!"