"The Voice" coach Blake Shelton talked with "Extra's" Terri Seymour about the upcoming season 2, which premieres right after the Super Bowl -- and about his gig with wife Miranda Lambert at Sunday's big game. 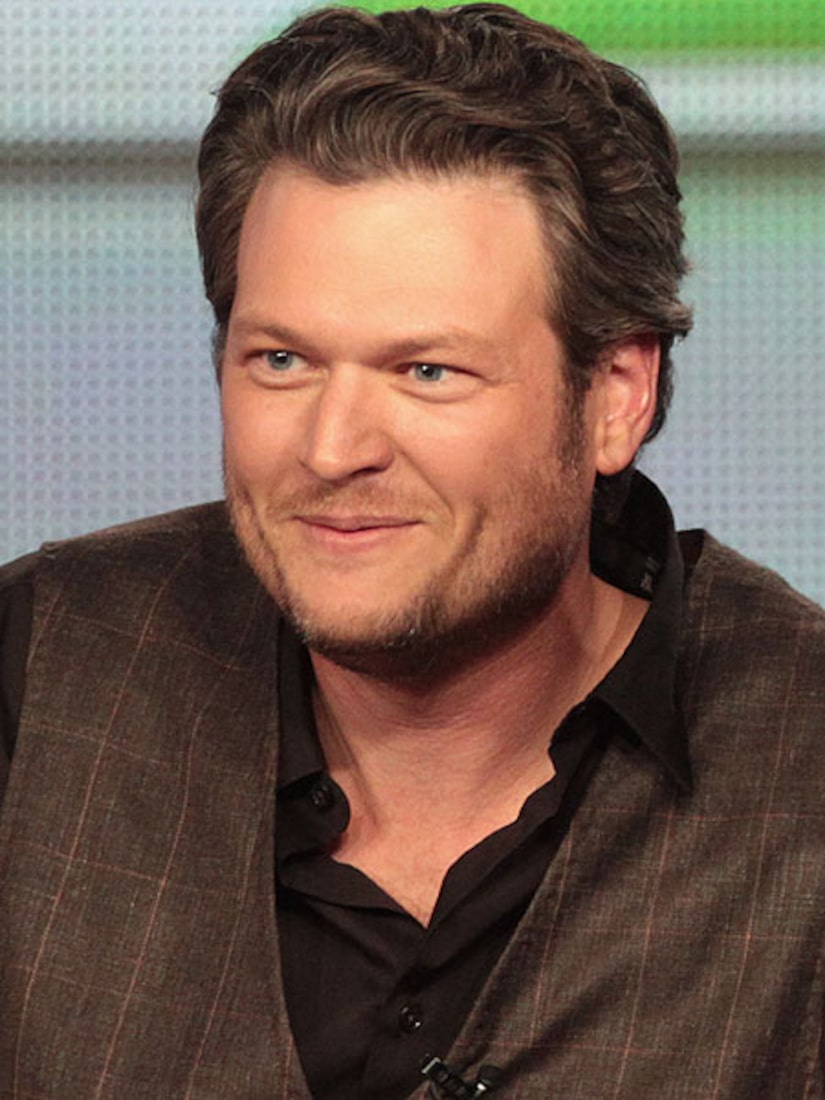 "Miranda and I are just beside ourselves about this," gushed Shelton. "It's going to be really cool."

Will the experience be more special having Miranda there? Blake said, "It is and it makes me less nervous to have her there." He laughingly added, "And to have somebody you can blame it on if it goes badly. You can relax a little bit."

As for "The Voice," Shelton says he hopes he and Lambert can make home in time to which the premiere. "We are going to make that our goal."

Shelton is excited about his team, telling Seymour, "They're like the Power Rangers. You know how each one has their own special power? That's my team."

Tune in to "The Voice" Sunday on NBC, following the Super Bowl!