Weeks before Demi Moore was rushed to an L.A. hospital Monday night, reportedly for substance abuse, the newly single actress was spotted partying in Hollywood with her 23-year-old daughter, Rumer Willis. 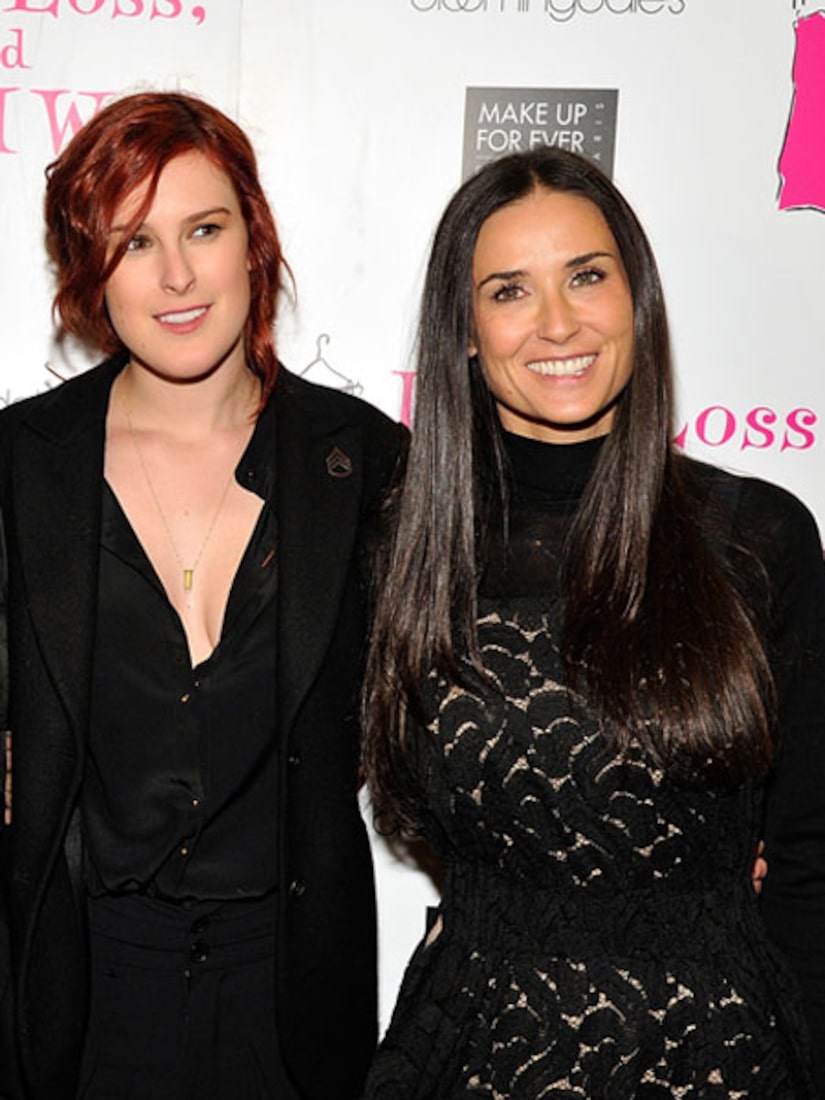 According to People, Moore arrived to the Roosevelt Hotel with Rumer and her friends. An onlooker revealed, "When she first arrived, she kept to herself... but she started loosening up and getting into party mode. She seemed really happy to be out with her daughter's friends."

Although she wasn't seen drinking that evening, Moore -- who split from Ashton Kutcher last November -- cozied up with "90210" star Ryan Rottman. The witness observed, "She found ways to touch him all night, and at one point when he was in front of her, she was grinding on his butt. His shirt came unbuttoned, and she started tickling his bare chest, playfully."

Moore, who has been spending time with Rumer following the breakup with Kutcher, awkwardly ran into him at a pre-Golden Globes bash earlier this month. They avoided each other at the party, but Rumer chatted with her ex-stepdad before returning to hang out with her mom.

Due to Demi's "exhaustion," she reportedly dropped out of her role in "Lovelace," opposite Amanda Seyfried.

"Lifechangers" host Dr. Drew Pinsky speculated, "There has to be something else going on. Whatever is going on with Demi, she doesn't want it to be like this. She needs support and she needs treatment."

While Demi dealt with her health crisis on Monday, Ashton was busy mingling in Sao Paulo at a Bruno Mars concert and a nightclub.