When a recent report from the NY Post claimed the Kardashians' multi-million dollar empire was collapsing, thanks to Kim's short-lived marriage to Kris Humphries, Forbes stepped up to dispel the notion. 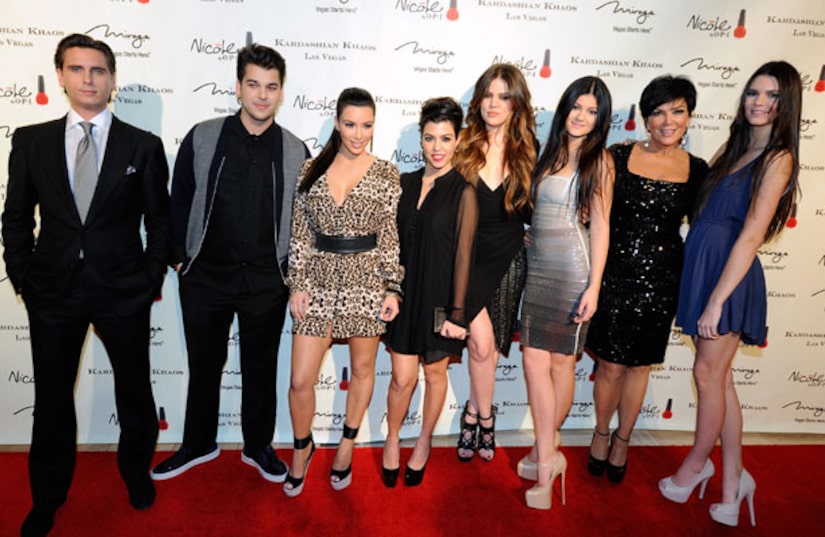 Brian Niemietz from The Post claimed the brunette reality family was losing out on lucrative nightclub appearances and magazine covers, coupled with a steady decline in ratings for their shows.

Forbes writer Meghan Casserly was quick to disprove Niemetz's story, writing, "The story comes across less as well-researched and more cat-fight mean. A statement illustrating a decline in nightclub hosting gigs for Kim is attributed to the owner of a single New York City restaurant. A decline in advertising endorsements is attributed to the expiration of the contract of a single brand."

Here is what Casserly concluded in the piece after her investigation:

1. Ratings for "Kourtney and Kim Take New York" are not falling. In fact, it's averaging its highest in four seasons, with 3 million viewers tuning in each week.

2. According to The Post, party promoters asserted that having a Kardashian hosting a nightclub bash would be a "disaster for business." Casserly reached out to the owner of Tibeca's Red Egg (featured in The Post) and found out that the establishment has never actually paid a celebrity to make an appearance, nor has it ever held a celebrity-hosted event.

3. While The Post reported that tabloid stories that highlight the Kardashians are lessening, Life & Style and In Touch say their sales are still strong, along with the public's interest in the family. Glamour and Cosmopolitan's top-selling 2011 issues featured Kim on the cover.

4. Kim wasn't "dropped" by shoe retailer Skechers and "replaced" by a dog. The terms "dropped" and "replaced" are misleading and untrue. The brand has a great relationship with Kim and continues to discuss new ways that they can work with the 31-year-old in the future.