The 2012 Golden Globe nominees were announced Thursday morning in Hollywood.

As expected, "The Artist" and "The Descendants" led the way with five nods each, but there were plenty of surprises too. 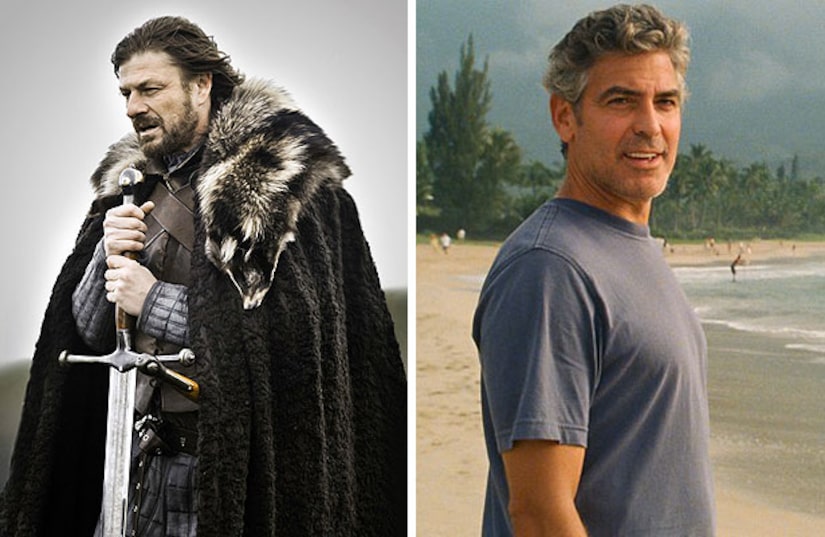 George Clooney is going to have a big night, as his "The Ides of March" scored four nominations, including Best Director.

Breakout star Ryan Gosling scored two nods for his superb acting -- one for "Crazy, Stupid, Love" as well as "The Ides of March."

"Game of Thrones" also picked up two nominations this year.

The ceremony will be broadcast live on NBC Sunday, Jan. 15 2012 from the Beverly Hilton in L.A.

Fun Facts About the Golden Globes

The first national telecasts of the awards were during a special segment on "The Andy Williams Show" in 1964 and 1965.

Paul Lukas won the Golden Globe Award for Best Actor in a Motion Picture Drama at the first awards presentation.

Host with the Most

The annual telecast is put on by the Hollywood Foreign Press Association.

Judy Garland was the first female recipient of the Cecil B. DeMille Award in 1962.

Awards were handed out by journalists in the HFPA up until 1958, when Frank Sinatra, Dean Martin, and Sammy Davis Jr. stormed the stage with whiskeys and cigarettes and took over the show. Since then, stars have ruled the show.

Three films — "Doctor Zhivago", "One Flew Over the Cuckoo's Nest", and "A Star is Born" — all received five nominations and won five Globes.

"One Flew Over the Cuckoo's Nest" is the only film to win the Globe in all five major categories (Best Motion Picture, Actor, Actress, Director, Screenplay).

"Nashville" (1976) holds the record for most nominations ever for a film — but the film only won one the Best Song award for Keith Carradine's "I'm Easy."

Actress Rosalind Russell won all five Golden Globes that she's been nominated for, but never nabbed an Oscar for her achievements.

From 'The Office' to the Stage

Ricky Gervais will host the 2011 Globes, returning for the second year in a row.

There has only been one three-way tie in a category at the Globes -- in 1989, Jodie Foster ("The Accused"), Shirley MacLaine ("Madame Sousatzka"), and Sigourney Weaver ("Gorillas in the Mist") all won for Best Actress.

Ricky Schroeder became the youngest award recipient ever when he won the Globe for Best New Star of the Year in 1980 for "The Champ" at age 9.

Jessica Tandy is the oldest award recipient ever, having won Best Actress at age 80 for "Driving Miss Daisy" (1990).

Meryl Streep holds the record for most individual nominations — twenty-five (as of the 2010 nominations). Jack Lemmon is second with twenty-two.

The first physical award that was given to winners was a scroll.

Marlon Brando refused his Best Actor Globe for "The Godfather" in 1973 to protest U.S. "imperialism and racism". He also refused his Oscar statuette for the same role.

The famous filmmaker was the first recipient of this award for a lifetime of achievements in motion pictures. Robert De Niro will be honored with the 2011 Cecil B. DeMille award.

This year, "The King's Speech" leads the pack with seven nominations. "The Fighter" and "The Social Network" follow with six nominations each.