Robert Downey Jr. and his wife Susan, who produced the sequel to the famous detective flick, arrived to the premiere of "Sherlock Holmes: A Game of Shadows" on Tuesday. 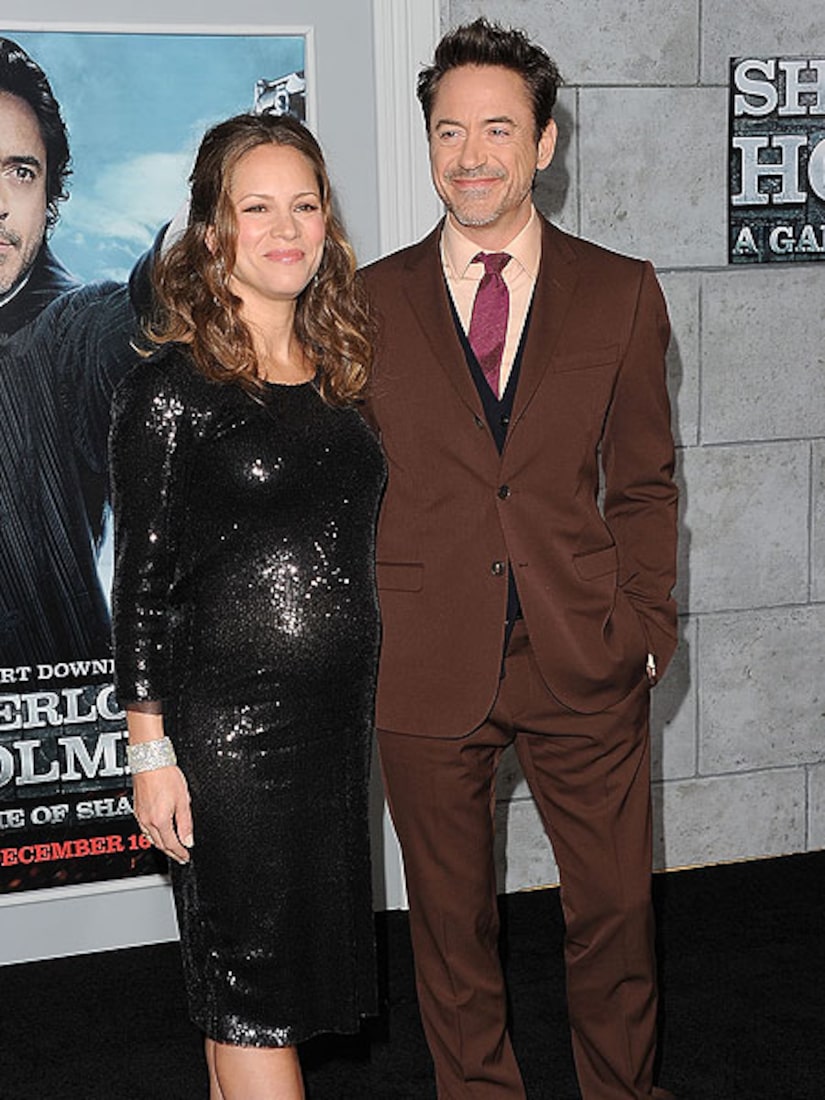 The happy couple said they are prepared for their first baby, due in February, with Robert asking his wife, "We're used to sleep deprivation, aren't we, honey?"

Even though Susan told her husband not to reveal the sex of their child, Downey, who has an 18-year-old son, Indio, from a previous marriage, recently told "Extra" he was having a boy. Susan laughed, "It's a little tough [for him to keep a secret]."

Will they name their baby after Robert? "We've been discussing, but nothing we've landed on," the glowing mom-to-be replied.

The couple said they plan on "making up a really cute baby's room" during the holidays. Susan revealed, "[Robert] has the eye for it!"

In the meantime, a new case in "Sherlock Holmes: A Game of Shadows" needs the expertise of Holmes and Watson, beginning Dec. 16.