Alec Baldwin declared he's had it with American Airlines after he was escorted off a plane at LAX on Tuesday. 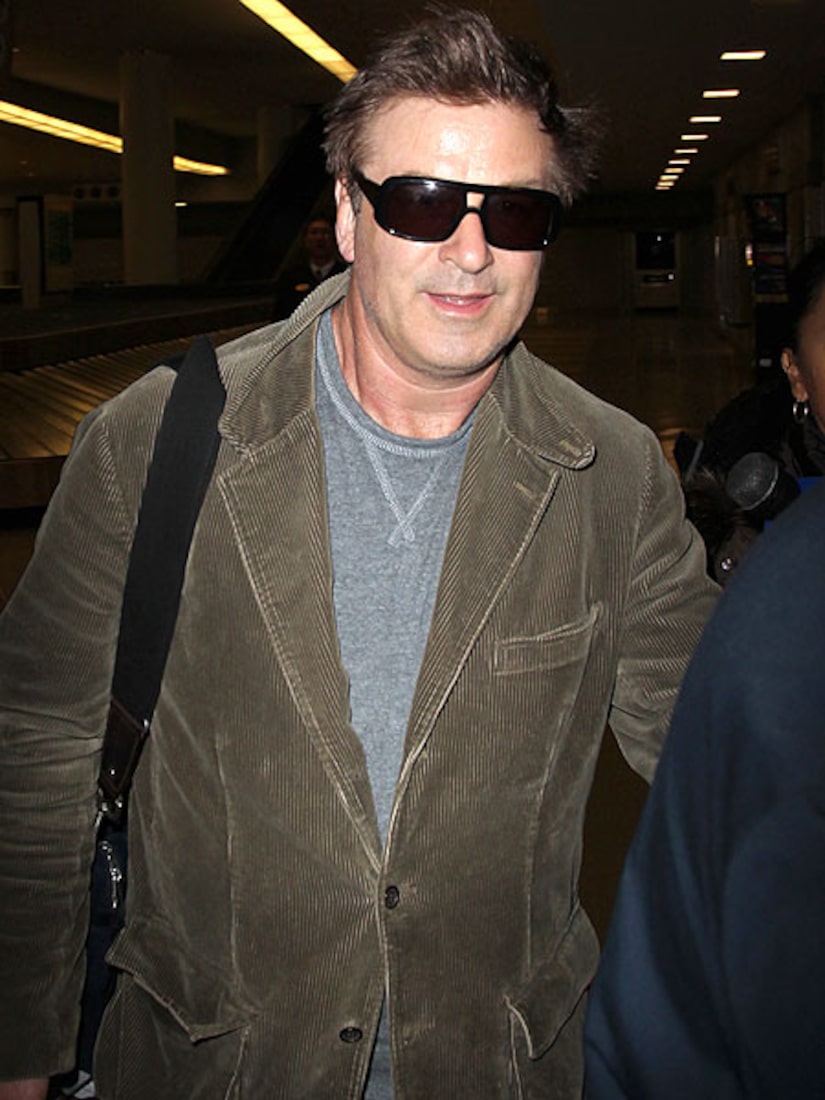 The "30 Rock" star tweeted Tuesday afternoon, "Flight attendant on American reamed me out 4 playing WORDS W FRIENDS while we sat at the gate, not moving," along with the hashtag, "#nowonderamericaairisbankrupt."

The actor quickly followed that tweet with "#theresalwaysunited," and added, "But, oddly, 30 Rock plays inflight on American."

Baldwin, who managed to get on a later flight with American, arrived to a media firestorm at New York City's JFK, and has since deactivated his Twitter account.

Boxing champ Oscar De La Hoya happened to be on the plane and witnessed what happened, later telling reporters, "I didn't think there was a problem. I actually felt Alec Baldwin was turning off his devices."

Baldwin's publicist released a statement: "Alec was asked to leave the flight for playing 'Words with Friends' while parked at the gate. He loves WWF so much that he was willing to leave a plane for it, but he has already boarded another AA flight."

American is standing by its decision to remove the actor from the flight.

Here are six other celebrities who have also experienced turbulence before takeoff:

1. Gerard Depardieu: The French actor made headlines when he was kicked off of Air France for urinating on the floor of the plane.

2. Whitney Houston: The singer was reportedly too aggressive on a Delta flight and refused to buckle her seatbelt. She was never asked to leave the plane, but took a long time to follow the airline rules and buckle up.

3. John Rich: The country star was escorted off a Southwest plane for reportedly being intoxicated.

4. Billie Joe Armstrong: The lead singer from Green Day was ousted from a Southwest aircraft for refusing to pull up his pants.

5. Leisha Hailey: The "L Word" actress was kicked off a Southwest flight for kissing her girlfriend. Hailey claimed she was discriminated against for kissing a member of the same sex.

6. Josh Duhamel: The "Transformers" actor was asked to leave a plane in NYC after he refused to turn off his BlackBerry.

UPDATE: Baldwin issued an apology to his fellow air travelers, via a blog post on Huffington Post, writing, "First off, I would like to apologize to the other passengers onboard the American Airlines flight that I was thrown off of yesterday. It was never my intention to inconvenience anyone with my 'issue' with a certain flight attendant." Read the whole post.