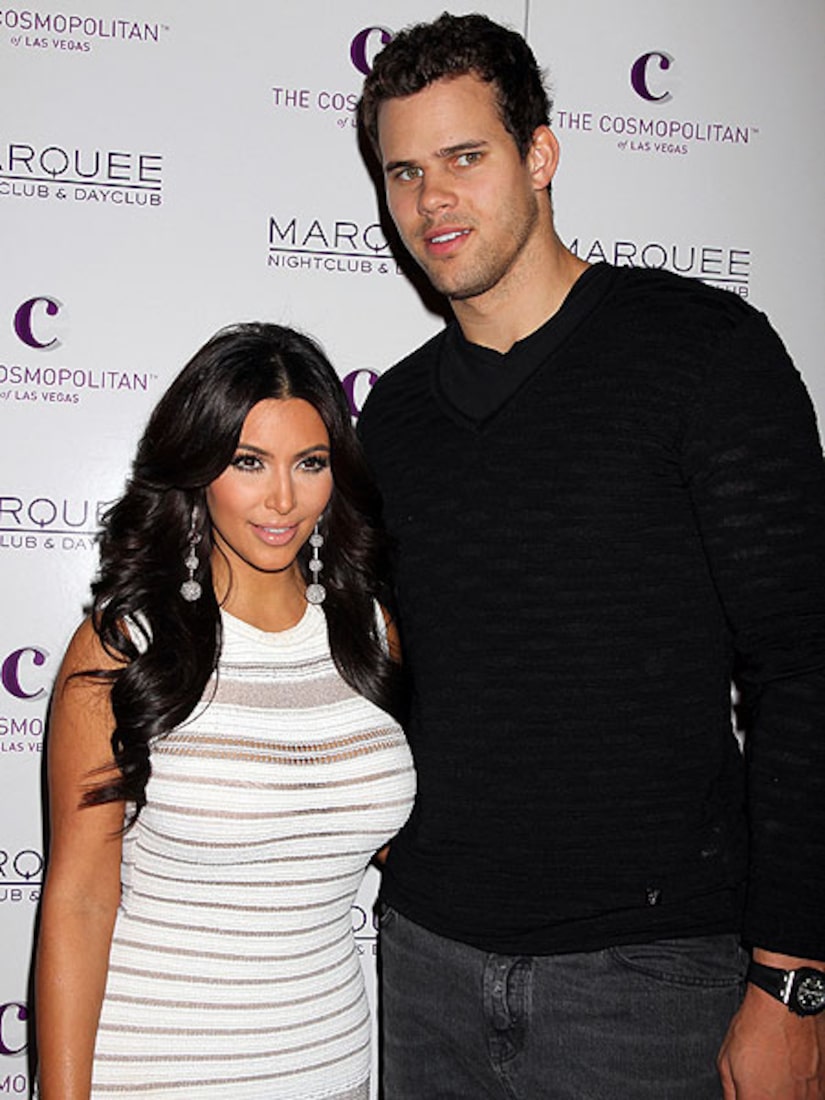 Although the marriage only lasted a little over two months, Kim will not try to have it annulled. The 30-year-old, who has a prenuptial agreement to protect her multi-million-dollar fortune, is citing "irreconcilable differences."

Kim issued a statement that said, "After careful consideration, I have decided to end my marriage. I hope everyone understands this was not an easy decision. I had hoped this marriage was forever but sometimes things don't work out as planned. We remain friends and wish each other the best."

Here is Kris' official statement: "I love my wife and am devastated to learn she filed for divorce. I'm committed to this marriage and everything this covenant represents. I'mwilling to do whatever it takes to make it work."

Happier Times for Kris and Kim

Kardashian has hired high-profile lawyer Laura Wasser, and has chosen Halloween as the couple's date of separation.

E! released a statement regarding the separation: "All of us at E! are surprised and saddened by this news, and we send our support to Kim and Kris at this difficult time. The Kardashians have always been uniquely open with all aspects of their lives from joyous events to intimate moments to heartbreaking transitions. E! will continue to share the fascinating real lives and larger-than-life existence of this close-knit family."

Rumors of an unhappily ever after had been swirling around the pair in the recent weeks, with Kim telling People her NYC living situation is "less than ideal" as a newlywed.

Kim and Kris were wed on August 20 in a lavish ceremony that reportedly cost over $10 million.

UPDATE: One big reason for the couple's split had to do with where they would live after they were married, reports TMZ. Kim made it clear she would never live in Kris' hometown of Minnesota, even though Kris expressed his desire to eventually settle down in the Midwest.

According to sources, Kim, who is from Los Angeles, wants to be near her family and close to Hollywood for her career.

The couple, who discussed their future before the wedding, got caught up in the festivities, and left many questions unanswered. They decided to figure it out after they tied the knot.

Insiders say the split isn't bitter... Kim and Kris have realized they are not compatible.

"Extra" caught up with Kim at a Halloween party at Lavo in NYC on Saturday night, just a few days before she announced the split. Kim, dressed up as Batman and Robin villain Poison Ivy, hosted the bash without Kris.

When asked if she planned on dressing up with Humphries, Kim replied, "Actually, I'm going to be in Australia for the real Halloween, so I won't be able to dress up with Kris this year."