"The Voice" judges are back together for season 2, and Christina Aguilera tells "Extra's" Terri Seymour, "It's like me and three rowdy boys that are still stuck in high school." 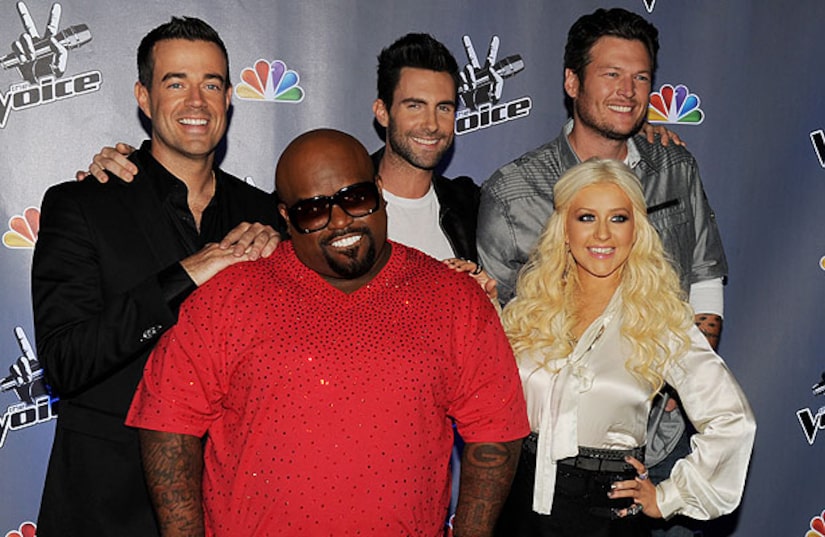 The boys she is referring to are Maroon 5 singer Adam Levine, country star Blake Shelton and "Forget You" artist Cee Lo Green, who dropped some hints as to what fans can expect this season. "It's gonna get filthy at some point."

Terri commented that as the only female judge, Christina should "whip them [Green, Shelton and Levine] into shape," the singer replied, "Oh yeah, yeah... they need some good whipping."

In addition to his role on "The Voice," Levine has two other series in the works; one is a karaoke comedy project and the other is a rock 'n roll drama called "Awesome Splendor," set to air on NBC.