The romance is heating up for Blake Lively and Ryan Reynolds! The blonde bombshell was photographed peering out of his trailer on Monday on the Boston set of his new film, "R.I.P.D." 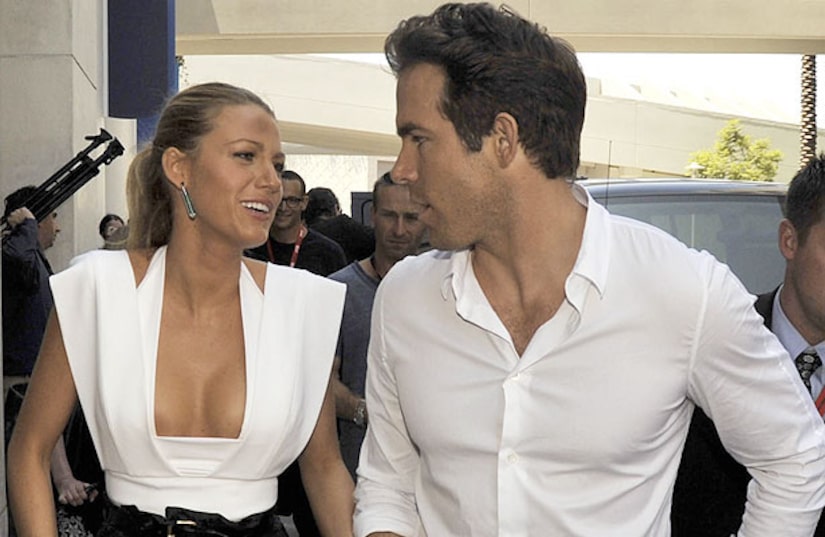 The "Green Lantern" co-stars have been hanging out a lot, with Lively spotted leaving Ryan's Boston pad two times in the last few days.

Ryan, who turned 35 over the weekend, partied with BFF Sandra Bullock, Blake and other pals in NYC, according to US Weekly. Reynolds and Lively were "both laughing and having fun. Sandra also seemed to be having fun, but she was giving them their space," an eyewitness revealed.

As a gift to her new beau, the "Gossip Girl" star surprised Reynolds by tying an array of colorful balloons to her Maltipoo, Penny, on the set of "R.I.P.D.," and brought him a large wrapped gift.

A source recently told People, "They are very much a couple. They're really happy together."

Lively called it quits with Leonardo DiCaprio in September after dating for several months. Reynolds split with ex-wife Scarlett Johansson late last year after less than 3 years of marriage.