The Kardashian family reportedly raked in $65 million in 2010, and now, the brunette bunch just got richer. Thanks to a lucrative deal with Sears, the reality stars are expected to make $200-$300 million next year from their Kardashian Kollection clothing line, and are predicted to close in on becoming a billion-dollar empire in the next few years. 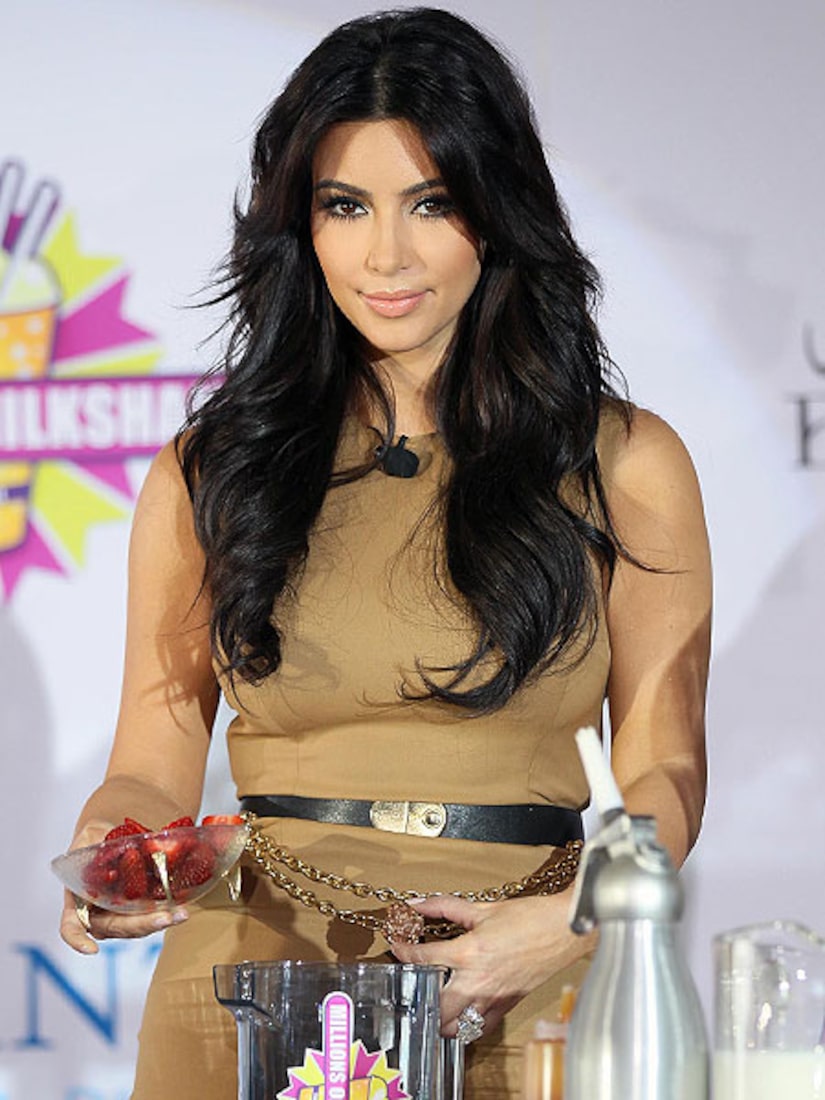 A Kardashian rep confirmed to Women's Wear Daily, "The Kardashians could easily be a billion-dollar business worldwide in the next two years."

Their mega deal with Sears will go global, with markets in the UK, Italy and Australia.

In addition to their clothing empire, the sisters' three fragrance lines are also huge moneymakers, pulling in around $50 million.

The star of the family, Kim, arrived to Dubai on Wednesday morning with mom Kris Jenner, while husband Kris Humphries stayed home. After arriving, the newlywed tweeted, "The best plane I've ever been on!"

Kim was showered with tons of swag, including cupcakes and designer dresses at the Atlantis Hotel where she is staying. A source revealed to US Magazine, "Every business in the UAE wants to work with her. So there's a lot of sucking-up going on!"

Kim and her mother attended the Millions of Milkshakes store opening on Thursday at The Dubai Mall, where Kim unveiled her "Kim Shake."

Even though the NBA player left the Cleveland Cavaliers to join the Miami Heat, James' jersey was the NBA's best seller this season and he has the No. 1 basketball shoe on the market.

After leaving "American Idol," Cowell has been busy. His U.S. version of "The X Factor" is slated to launch on FOX this fall, and Cowell has said that the format, which allows for single and group performers over the age of 12, is his favorite.

The band grossed $200 million playing 74 shows over the past 12 months and released a greatest hits album. Frontman Jon Bon Jovi was named to the White House Council for Community Solutions by President Obama.

Although he lost sponsors during his sex scandal, the pro golfer continues to be the world's best-paid athlete thanks to $3 million overseas appearance fees and two sponsors that stuck with him: Nike and Electronic Arts.

The Irish rockers are wrapping up the most lucrative tour in the history of music. By the time U2's tour ends this summer, the band will have sold $700 million worth of tickets over two years and played to more than 7 million people.

In the last 12 months, The Biebs' new album "My Life 2.0" quickly attained platinum status, his concert movie "Never Say Never" grossed $100 million globally and the singer's live shows around the world bring in $600,000 in gross ticket sales per night. His total earnings: $53 million.

With a net earnings of $290 million in the past 12 months, Oprah is now going to put all her focus on her OWN network.

Sir Elton has sold 250 million records worldwide over the past 30 years and isn't slowing down, he grossed $204 million performing 102 live shows in the past 12 months.

The Queen Monster grossed $170 million on 137 shows in 22 countries over the past 12 months and has sold an estimated 15 million albums worldwide.