American exchange student Amanda Knox was cleared of murder charges on Monday after an appeals court overturned her conviction.

The four-year sensational crime story has ended, but the media is already scrambling -- offering Knox millions for for a first interview. Knox's Seattle-based PR agent says the interview requests from around the world are piling up. 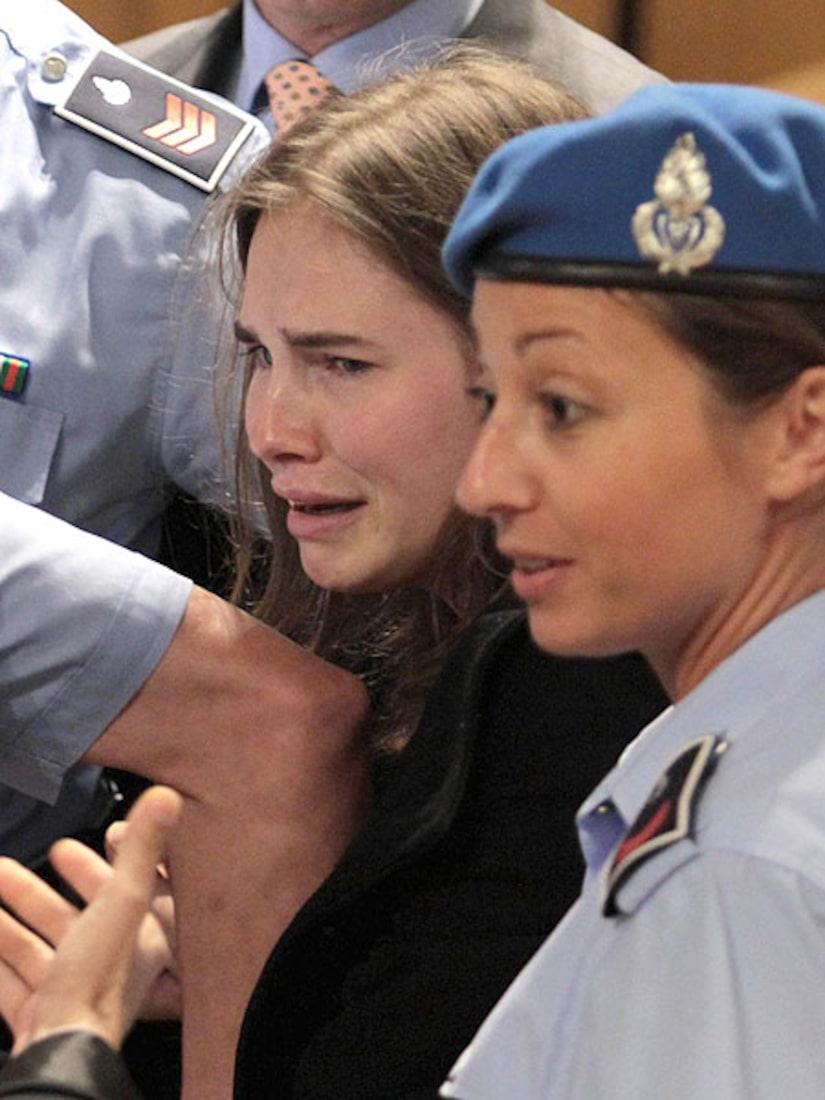 The Italian press reported that one US TV network has hired a private jet to whisk Amanda and her family back to the states -- where many Knox supporters will welcome her home. Her incredible story is expected to be turned into a multi-million dollar Hollywood movie.

According to the Daily Mail, award-winning director Michael Winterbottom is considering a making a film about the real-life events, starring Oscar winner Colin Firth as a reporter who proves Amanda's innocence.

Knox, a 24-year-old from Seattle, was accused of brutally murdering her roommate Meredith Kercher -- who was found half naked in the bedroom of the house she shared with Knox in Perugia, Italy in November of 2007. She served four years of a 26-year sentence, which was overturned today.

As soon as the verdict was read, an emotional Knox broke down, sobbing in the courtroom as her family members embraced and shed tears of joy. Judges also overturned a 25-year sentence given to Amanda's ex-boyfriend, Raffaele Sollecito.

Hours later, Amanda received her first taste of freedom in the back seat of a black vehicle that transported her from prison. She is expected to immediately return to Seattle.