Actress Naomi Watts is on the cover of October's More magazine, in which she opens up about the two years she spent with ex-boyfriend Heath Ledger, who died in early 2008 after an accidental prescription drug overdose. 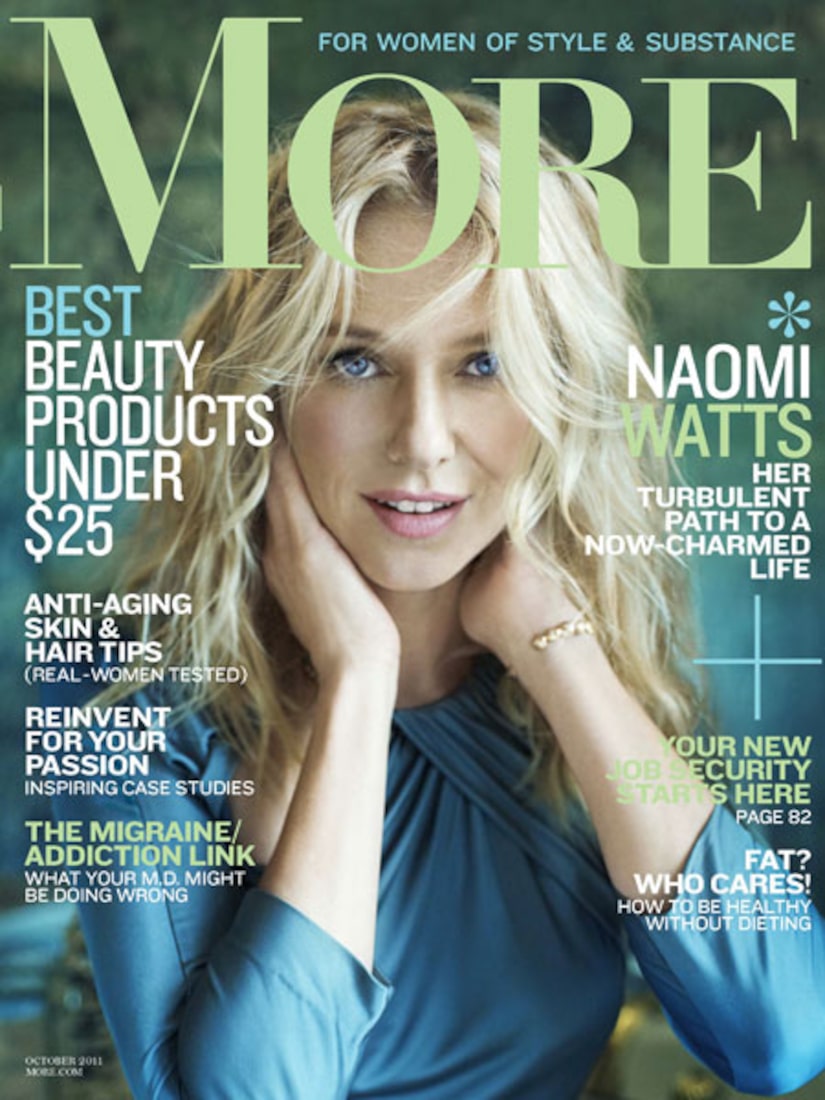 "We had a beautiful relationship, only a couple of years, but he was a man who was completely full of joy, and there was a lot of laughing and affection. He was really a very special soul and made a great impact on my life. And a great actor, but I know there was so much more to come. And it's a tragedy for his little daughter."

The mother of two also explained how she started dating the father of her kids, actor Liev Shreiber. "I was wearing Calvin Klein, a very flirty, feminine dress," she says. "Sparks flew and, free from earlier entanglements, the two exchanged numbers before she went back to Los Angeles. We spoke on the phone for several weeks and emailed... and then I made up some excuse to come to New York, and the rest is history."

Naomi, who shares a longtime friendship with Nicole Kidman (they met years ago after auditioning for a bikini commercial), said Kidman was a source of encouragement and strength. "We've seen each other go through a lot, and we've both consistently been there for each other. She's been a great friend and an inspiration."

Pick up a copy of More, on newsstands now.