There are only 66 more days until talk show host Regis Philbin ends more than two decades on "Live with Regis and Kelly"! 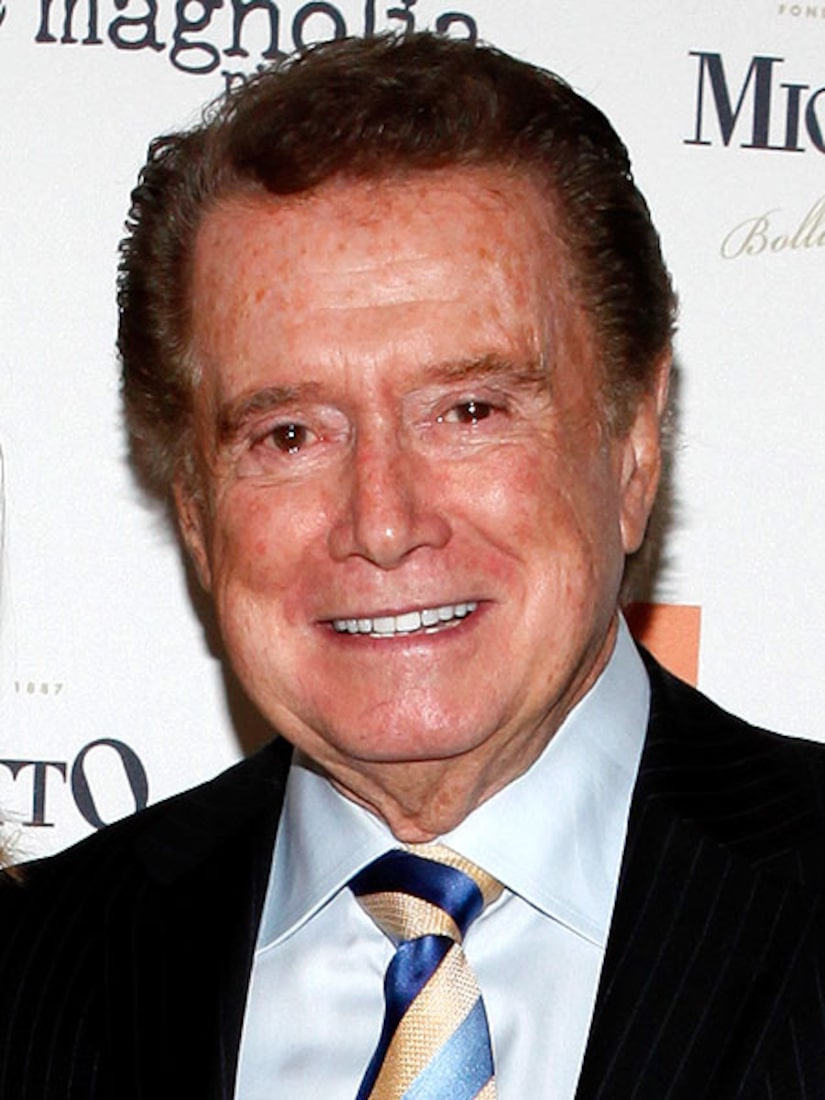 "Extra's" Mario Lopez was in New York to get all the latest Reege news, starting with Philbin's next move -- which may be starring in a reality series. "Reality shows are a big part of our business now," he said, adding, "But I haven't really made any decision."

When the 80-year-old was asked if he'd consider a stint on "Dancing with the Stars," Reege replied, "Nah, I'm not gonna do that." Mario interjected, "You seem light on your feet and you're in good shape!" Philbin laughed, "Mario, the legs are gone!"

The last season with the TV superstar has been "nostalgic," with the show taking a look back at Regis' 28 years on daytime and the stars who love him dearly. Kelly commented, "It's been so nice to see all these stars come out."

Philbin, whose final day on "Live" is November 18, answered a few of "Extra's" Rapid-Fire questions, revealing his favorite guilty pleasure is ice cream, and his nightcap of choice is Ambien.