When Rob Lowe appeared on "Extra" a few weeks ago to help raise money for homeless families in Haiti, the actor called on Donald Trump to purchase his handprint artwork, saying, "I challenge the Donald... I don't need you for President, but I do need you to buy my handprint to help 50,000 Haitian families." 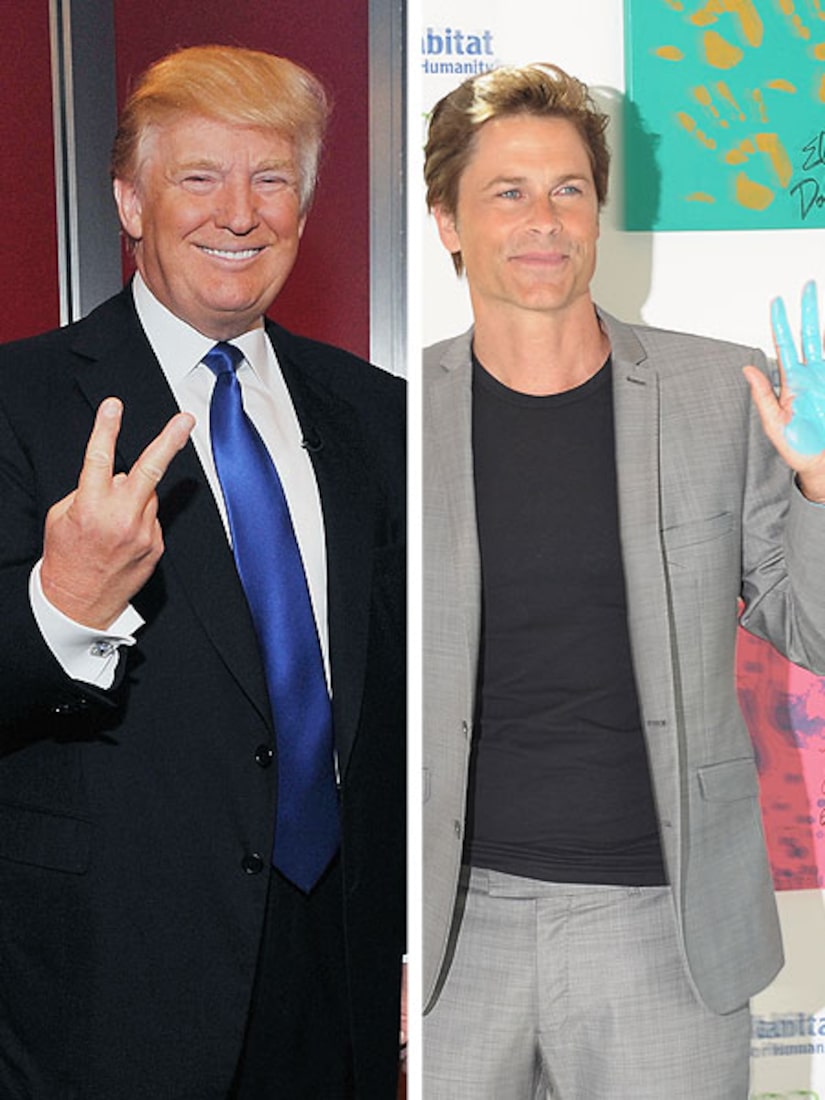 Lowe's call has not gone unanswered. The billionaire placed a $5,000 bid on Rob's Valspar Hands for Habitat handprint! When asked about his big purchase, Trump said, "I think Rob is terrific. I've watched him on television and he's always had nice things to say about me. More importantly, I like his charity and the work he does."

All proceeds from Trump's bid, and proceeds from the auction of more than 30 other celebrity handprints (including Ellen DeGeneres, Kid Rock, Katie Couric, Ethan Hawke, Donnie Wahlberg and others) go to Habitat's rebuilding efforts in Haiti.

For more information on how you can help Rob's cause, visit Valsparpaint.com.