"The Voice" judge Adam Levine sets the record straight in an exclusive interview with "Extra's" AJ Calloway, after the singer made a few controversial comments in Out magazine directed toward "American Idol." The singer accuses "Idol" producers of hiding the sexuality of gay contestants on the show, explaining, "It was always a little strange to me that that was one detail that was left out."

"Idol" creator Nigel Lythgoe responded to Levine's remarks, saying they simply don't ask about a contestant's sexuality. Levine said, "I understand that. I only realized once 'The Voice' came out, and kind of actively tried to have people's personal lives involved." 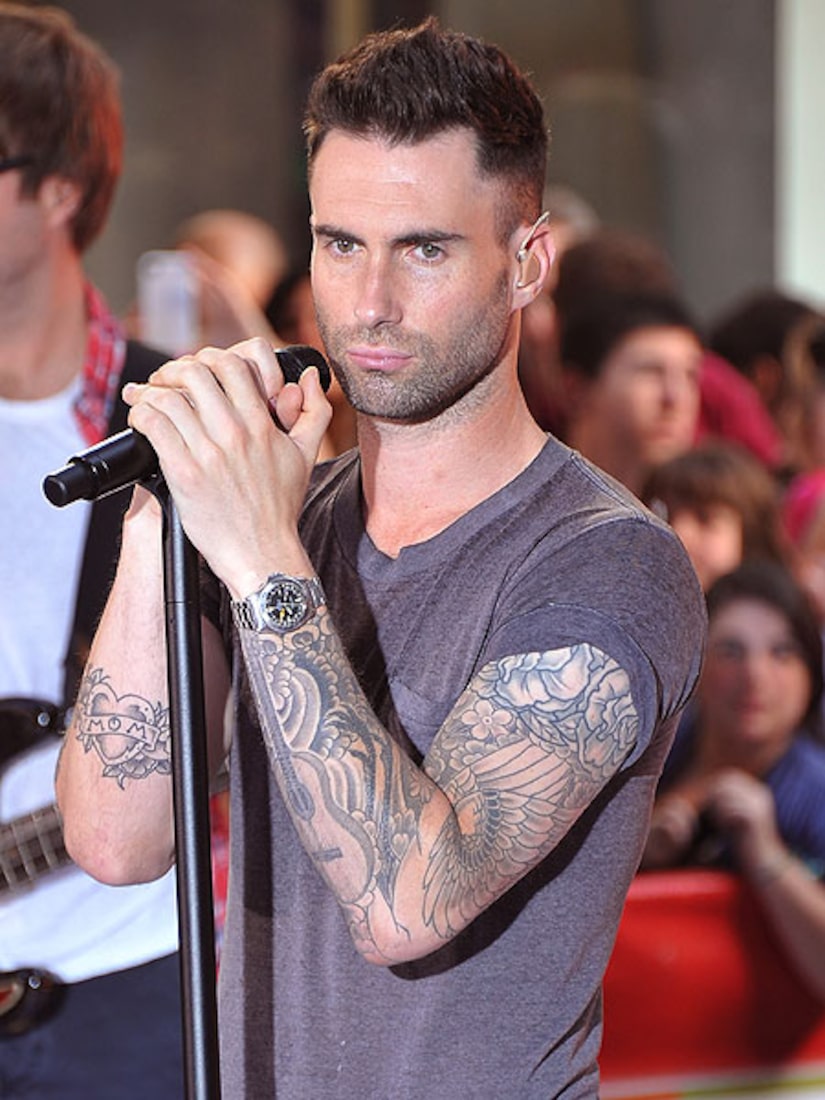 In Levine's new video for "Moves Like Jagger," featuring vintage footage of The Rolling Stones' Mick Jagger, he admitted, "I was a little scared when we released that song. It's kind of a bold move. It either works or it doesn't."

When Calloway asked point blank if Adam believes he really does move like Jagger, Levine answered, "Hey listen, I only claim it in the song."

Although Adam hasn't spoken to Mick about the video, he said Jagger has seen it and approves.