Veteran journalist Barbara Walters is likely to speak with "Real Housewives of Beverly Hills" star Taylor Armstrong in the reality star's first interview since the suicide death of her estranged husband, Russell. 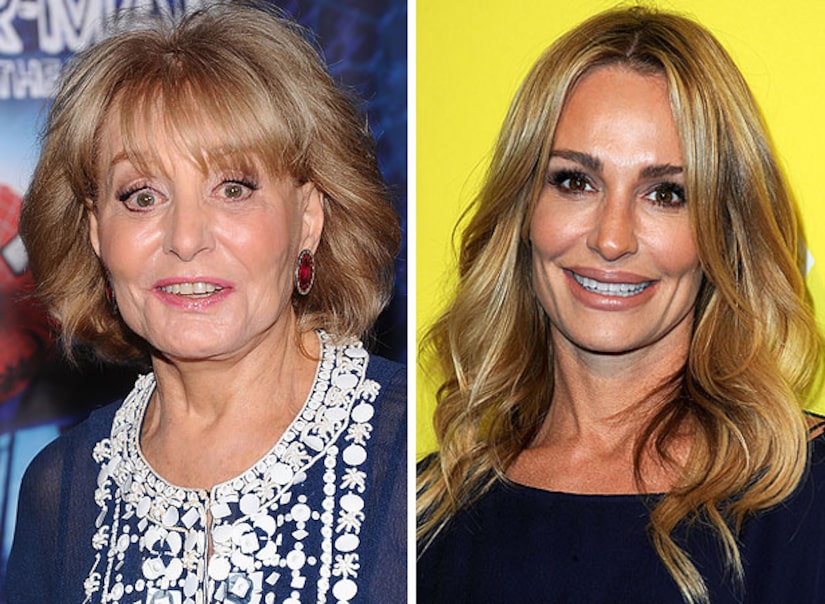 A source close to the situation told RadarOnline.com that Taylor has been approached by several media outlets, and while she is willing to talk about her ordeal, the reality TV star wants do it with someone she trusts.

"Taylor would likely feel the most comfortable with Barbara Walters," the source said. "Taylor expects to be asked the tough questions, and will answer them.

The source added, "The interview will most likely happen in the next month or so, and not sooner. Taylor needs a bit more time before she is ready to talk about the suicide."

Meanwhile, Taylor and Russell's only child, Kennedy, 5, has been hit hard by the death of her father, but the little girl will be starting kindergarten next week to try and resume a normal life.

"Kennedy is very, very excited about starting school," a source told RadarOnline.com. "It's a prestigious school, and protected, so Taylor knows that Kennedy will be okay. Taylor has been advised that the best thing for Kennedy right now is for her to start school. Taylor knows some of the other parents and thinks this is the best thing she can do for Kennedy at this time."

Russell Armstrong hanged himself at a friend's home on August 15.