Rob, undergoing a dramatic transformation into a 57-year-old, overweight, grey-haired cop charged with murdering his third wife in Lifetime's thriller "Untouchable." Lowe, whose metamorphosis takes nine hours, joked about his under-eye bags, saying, "That's basically what I look like before I have the hair and makeup team. That's the real me."

The actor revealed the movie, based on a true story, is "so compelling and dark and tragic... very complex. I have never played anyone like Drew Peterson." 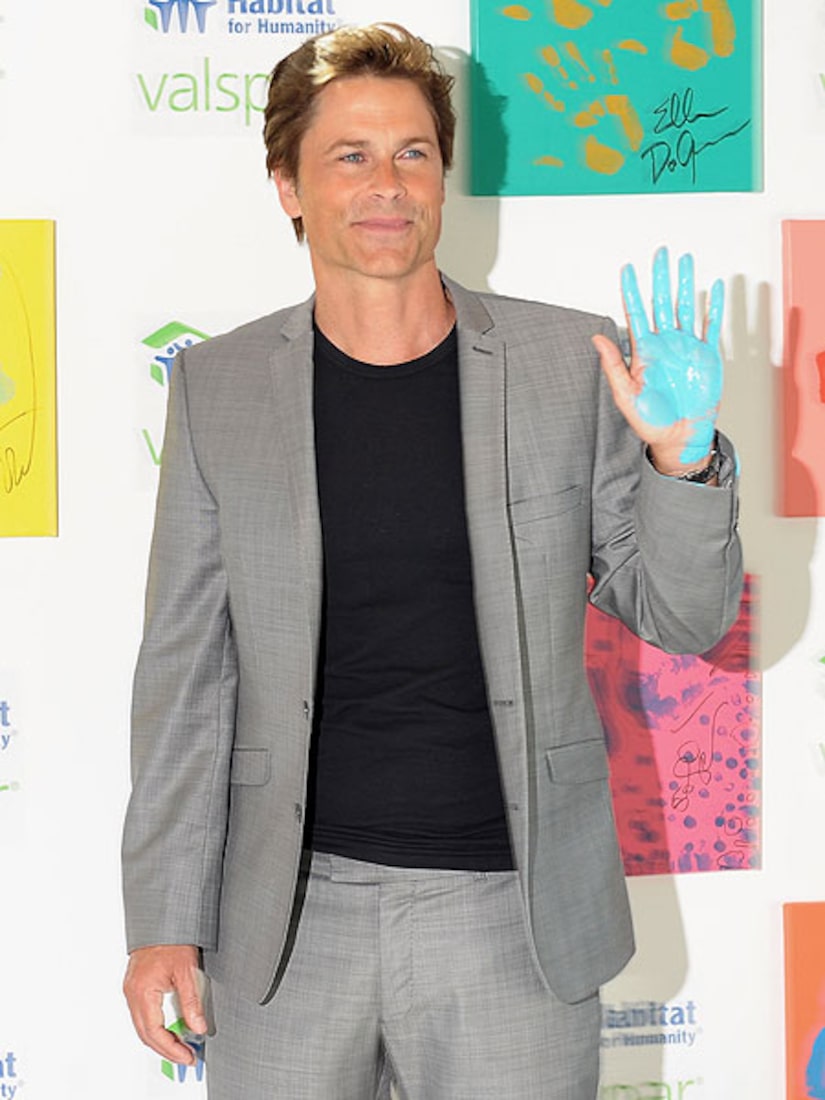 When Rob isn't filming, he spends his time out of the L.A. chaos, hanging out at his home in Santa Barbara -- which was anything but quiet last weekend, thanks to the reality wedding of Kim Kardashian and Kris Humphries. "For my sleepy little town, it was a nice little wake-up call. Ironically, I went to a wedding, but it wasn't that one."

Lowe also spoke about raising money for homeless families in Haiti, teaming up with Habitat for Humanity in a project called, Valspar Hands for Habitat, where celebs paint their hands and auction off the prints. "You can log on to the Valspar Facebook page, look at all these works of art. It's an online auction."

Rob called on Donald Trump to help, saying, "I challenge the Donald... I don't need you for President, but I do need you to buy my handprint to help 50,000 Haitian families."

For more information on how you can help Rob's cause, visit Valsparpaint.com.