After retailer Abercrombie & Fitch offered to pay "Jersey Shore's" Mike "The Situation" Sorrentino to not wear the brand's clothing on the show, Mike tweeted, "Looks like Abercrombie got themselves into a Situation!" 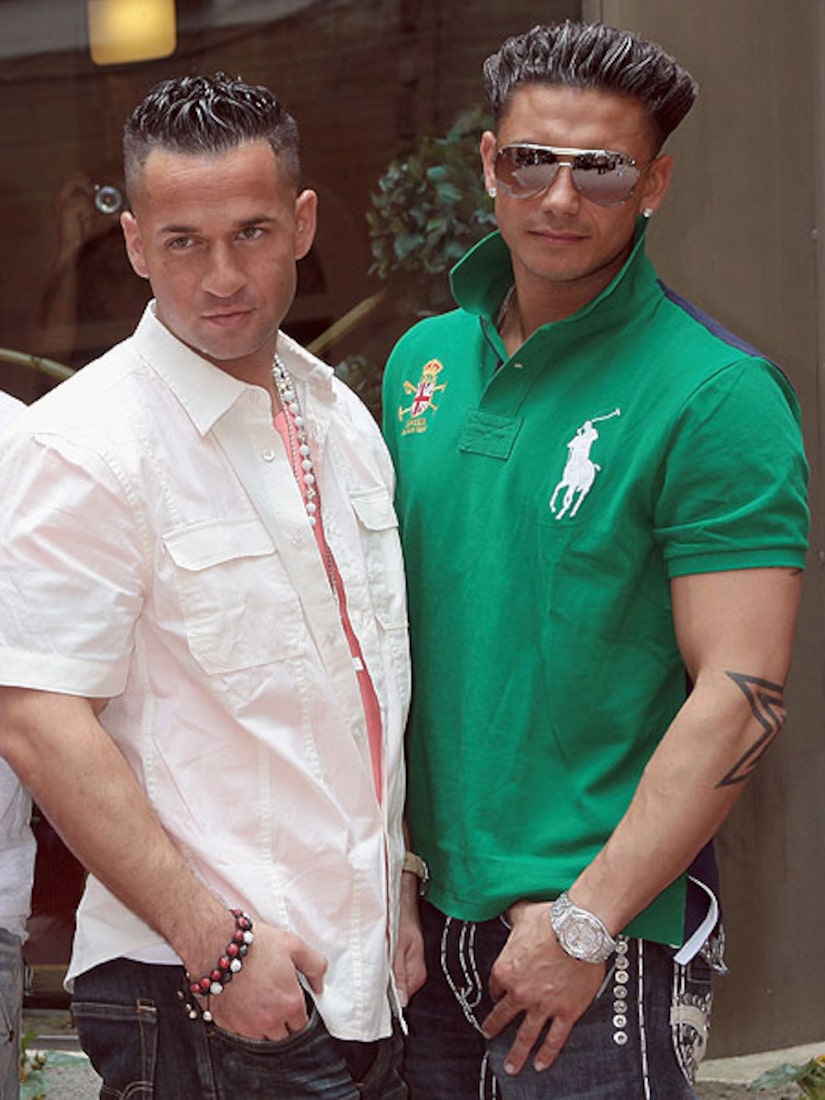 The reality star followed the tweet with a link to a CNN finance article showing the brand's stock had dropped by nine percent.

Fellow castmate Paul "Pauly D" Delvecchio also took to Twitter, saying the stores reportedly sold "GTL" shirts -- an acronym that stands for "gym, tan, laundry," made famous on the series. "Hmmm if They Don't Want Us To Wear Those Clothes Why Make GTL Shirts #yourPRsux."

Abercrombie, whose stores smell of cologne and are filled with loud music, is known for their relaxed, preppy style. The retailer claimed they would offer a "substantial payment" to The Situation or any of his castmates if they would stop wearing the label on their MTV reality show. Abercrombie said the show is "contrary to the aspirational nature of the brand."