"Bachelor Pad's" Vienna Girardi recently recovered from a nose job, and spent the afternoon on the beach in Malibu with her boyfriend, Kasey Kahl on Tuesday. 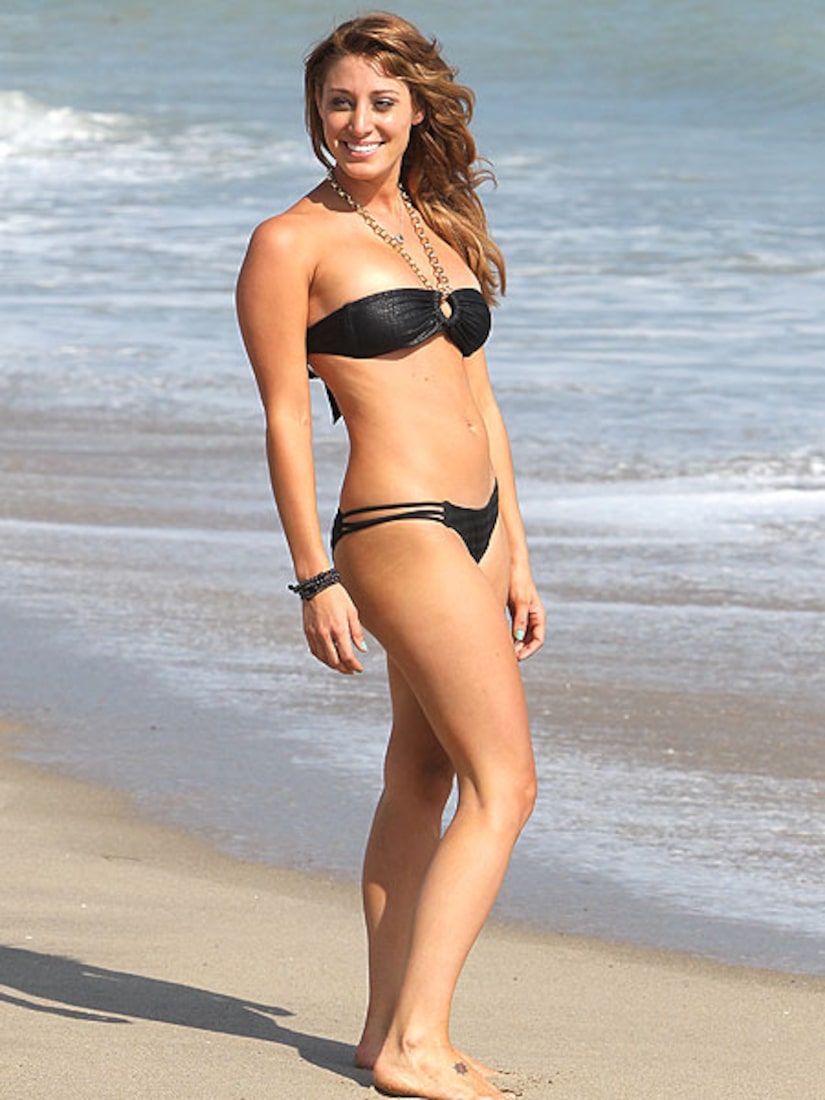 According to X17online, the couple was not shy about showing their passion for each other -- sharing kisses, laughs, and hugs. After their beach side PDA, the pair headed to their rented Malibu pad and drank a few shots of alcohol right on the driveway!

Girardi, who posed on the sand in a tiny black bikini, recently announced she and Kasey decided to move in together and are currently on the hunt for a new place. Their romance seems to be heating up -- with Kasey even making a trip out to Dallas, where Vienna had her nose job. 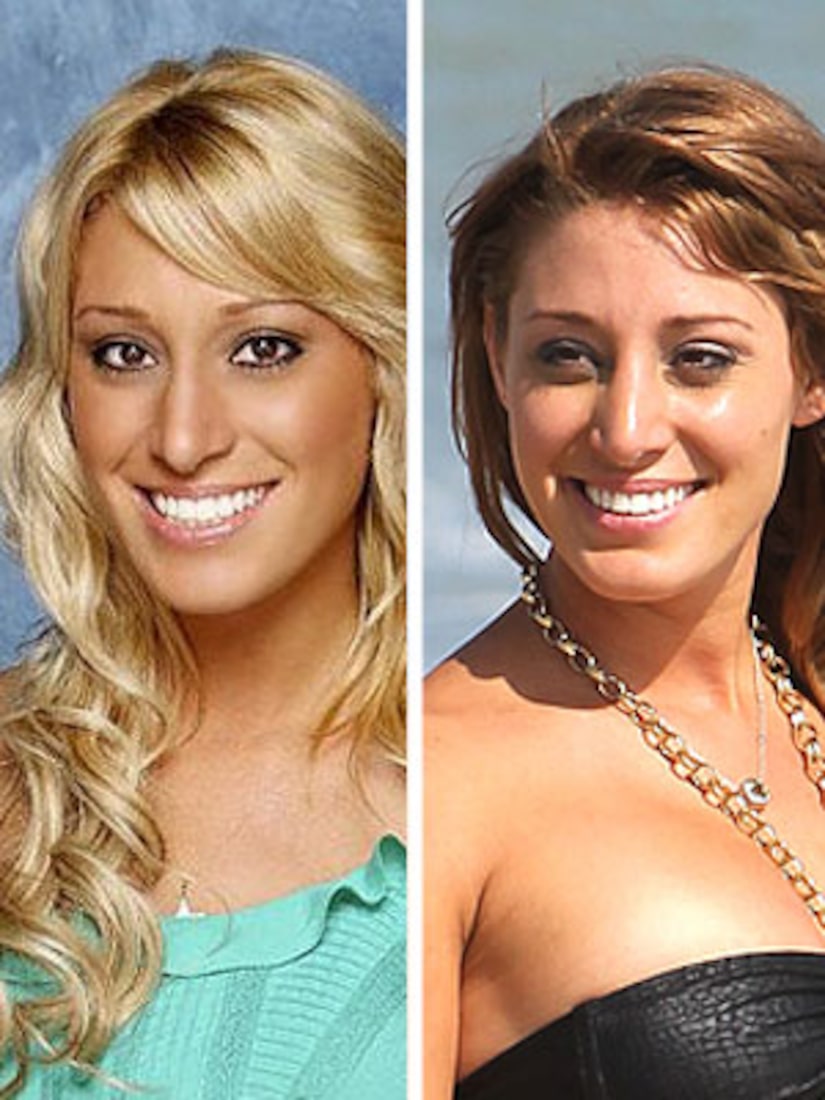 Here are Vienna's before and after photos. (The left is before surgery and the right is after.)

Photo courtesy of X17online. Click here to see more pictures of Vienna Girardi on the beach on X17online.com.