"Extra" correspondent Jerry Penacoli sat down with the cast of "Glee" to talk about their upcoming "Glee: The 3D Concert Movie" -- and the hoopla surrounding the reports that key cast members Lea Michele, Corey Monteith and Chris Colfer will be "graduating" from the show at the end Season 3. 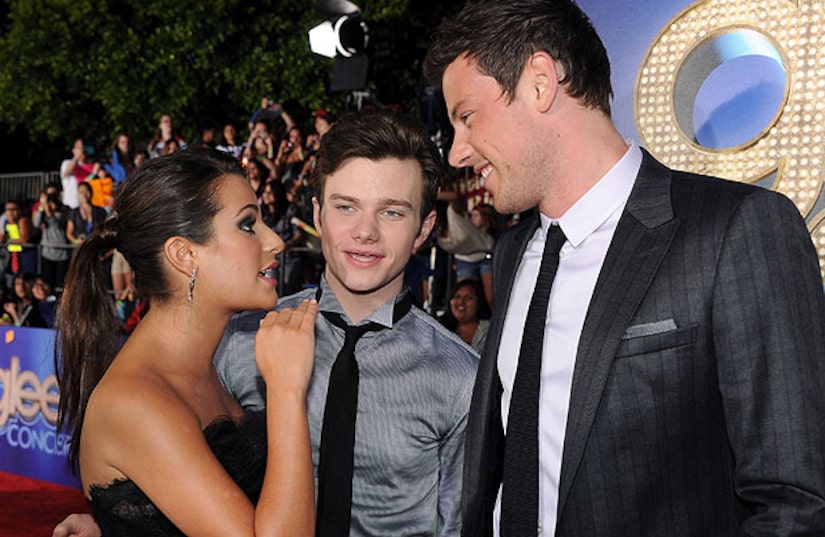 The show's creator Ryan Murphy recently announced Michele, Monteith and Colfer would be leaving the show after the next season because their characters are seniors and would realistically be exiting high school. But during last week's FOX TCA tour, network executives clarified that it still an ongoing creative process and nothing concrete has been decided.

Michele, who plays overachiever Rachel Berry, understands the rationale, telling Penacoli, "Honestly for me, I started this show as a sophomore, and it's my third season, so I kind of figured it goes: sophomore, junior, senior."

Colfer, who plays the precocious Kurt Hummel, concurred that the whole thing has been blown out of proportion, "Absolutely, yes."

Is there truth they are leaving the show? Monteith, who plays the earnest Finn Hudson, replied, "A lot of us are still going to be here and happy to be doing the show. I'll be here as long as they'll have me, but I don't know what the future holds."

Photos! At the "Glee: The 3D Concert Movie" Premiere!

Meanwhile, the show's stars are excited about their concert movie -- even if some of the fans were a tad too zealous during the filming. Darren Criss, who plays Kurt's talented boyfriend Blaine Anderson, said, "As they were giving like high fives at the end of the show, someone just held on -- and essentially pulled me off stage!"