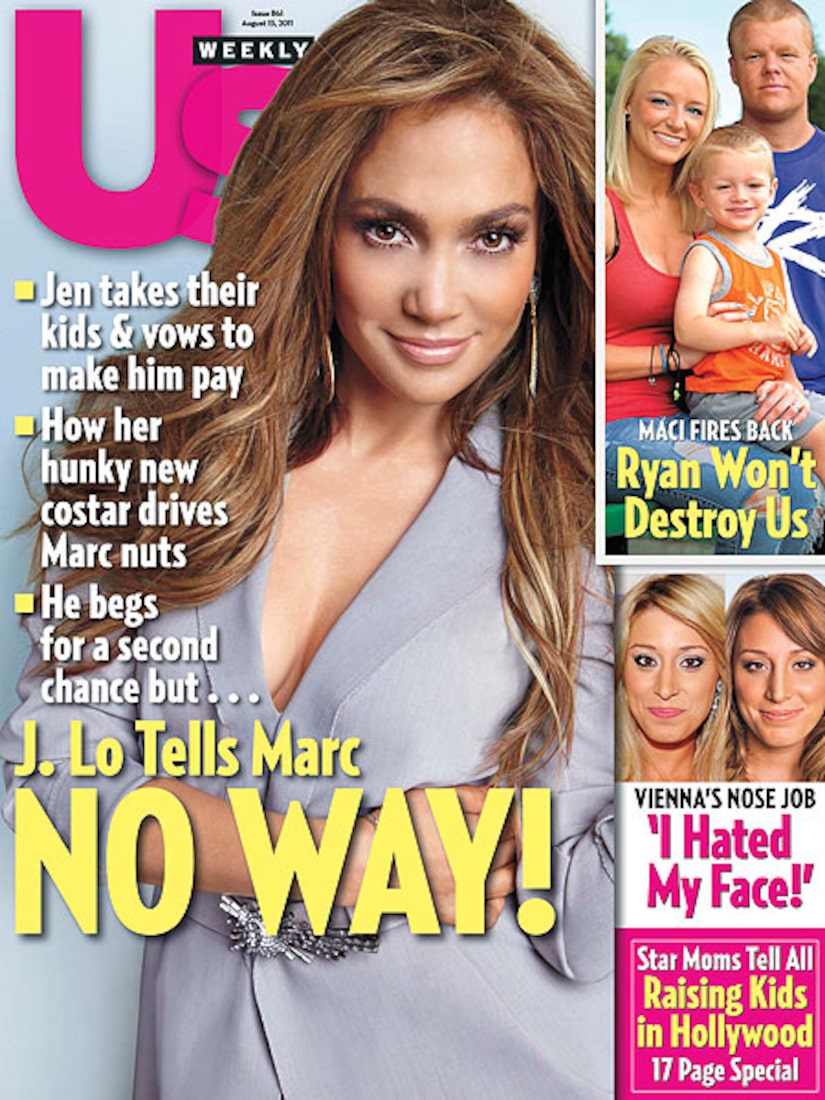 UsWeekly magazine says Lopez is moving on, partying with friends into the wee hours in Miami Beach and "bonding" with Rodrigo Santoro, her co-star in "What to Expect When You're Expecting," but Anthony is "seething with jealousy," a source told Us. "Marc is suspicious of anyone, especially a hot guy she is working with. It drives him crazy."

Anthony is said to be frantically calling his estranged wife, asking for another chance, but also threatening to make the divorce as unpleasant as possible.

The source said, "Jennifer made up her mind. She's plowing full speed ahead with the divorce," adding that Anthony is having difficulty. "He can't let go. His mood shifts from blaming her to begging her to take him back to telling her she is destroying his life."