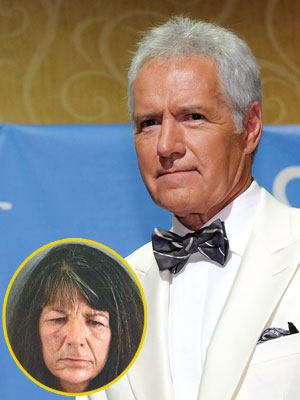 Lucinda Moyers, 56, was charged with two felonies after allegedly sneaking into "Jeopardy" host Alex Trebek's San Francisco hotel room, to steal cash and jewelry. Moyers had two previous convictions for residential burglary, making her eligible for a third-strike offense in California, which means she could face 25 years to life.